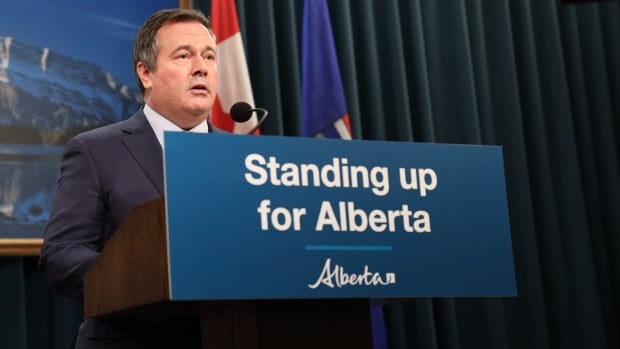 
Alberta Governor Jason Kenny apologized for a controversial dinner on Monday, which critics, including his own caucus, believed appeared to be a violation of COVID-19 public health rules.

“I have been working hard to comply with public health rules,” he said. “I think it’s important for me to lead by example, but I have to admit that I don’t always do it perfectly.”

The members of the group were criticized because some believed that the group did not seem to comply with Alberta’s first phase of outdoor social gatherings. The gathering was held in a government building in the Alberta Legislature, on the terrace of a suite nicknamed “Sky Palace” during the spending scandal of former Prime Minister Alison Redford.

Alberta’s first phase reopening rule came into effect earlier in the day of the dinner, allowing outdoor social gatherings of up to 10 people, but they must still maintain physical distance. Outdoor parties are also not allowed to have indoor parts.

Kenny insisted on complying with all COVID-19 public health regulations at that gathering, but critics questioned whether they were mandatory two meters because no one was wearing a mask.

Alberta Governor Jason Kenney apologized for failing to comply with social distancing measures at an evening meeting with cabinet ministers and staff in the Alberta legislature. 1:06

On Monday, the governor said they were trying to follow the rules, but admitted that some people were sitting too close and said he should “set a higher threshold for behavior”.

He said: “I want to sincerely apologize to my colleagues and Albertans for failing to strictly abide by all aspects of our public health guidelines for everyone, letting you down.”

Criticism from the Cabinet and the Caucus

A week after the gathering photos surfaced, the apology was issued after the controversy, which included public criticism from two cabinet ministers and other members of the United Conservative Party (UCP) caucus.

Alberta’s Minister of Culture, Multiculturalism and the Status of Women, Leela Aheer, was among those who disputed the dinner. She confirmed to CBC News that she had a phone conversation with the Prime Minister on Sunday night.

“I think he understands the pain Albertans are now feeling and the optics of this situation,” she said.

Rajan Sawhney, a member of the Northeast Calgary legislature, the Minister of Community and Social Services, and two UCP backbenchers also publicly criticized the dinner.

“I think it should be an immediate response.’Sorry, I messed up, please forgive me, I will do better in the future.’ It should happen immediately,” Pete said on Monday. “On the contrary, it was public pressure that prompted the Prime Minister to respond.”

On Monday, UCP legislator David Hanson representing Bonnyville-Cold Lake-St. Paul said that the apology came a few days late – and he lost faith in the direction of the government.

“I now expect that they have admitted some wrongdoing, and we will have to look at the consequences of the relevant personnel,” he said.

Pete agrees that “some kind of accountability” is needed.

Alberta pollster and political commentator Janet Brown said that after a period of calm, the rift within the United Conservative Party seems to have widened again.

Brown said on Sunday: “When the Prime Minister launched the final series of blockade measures and kicked several controversial members from the caucus meeting, things seemed to calm down. We did not really see any objections from the caucus members.”

“It looks like things are calming down. We want to know if Jason Kenny has regrouped after the last caucus uprising. But no, the cracks seem to reappear.”

Aheer also disputed Kenny’s “removal of culture” comments in the debate about changing the name of the school. These comments refer to the architect of the boarding school system and the prime minister based on the preliminary results of the site investigation as John A. McDonald Sir Na’s estate was defended at a former boarding school in Kamloops, British Columbia, which indicated that the remains of 215 children may have been buried at the site.

“These sad behaviors are not worth controversy. Sir John MacDonald and Hector-Louis Langevin, among others, were the architects of the boarding school, where the children died of illness, negligence, and beatings,” Ahill Said on Saturday.

On Monday, she reiterated this criticism and said that when talking about the dead child, “there is a tone that needs to be emphasized,” and this tone needs to be appropriate in future discussions. “

Kenny called boarding schools a “terrible evil” on Monday, but said it shouldn’t “cause us to erase most of our history.”

Hansen said the Prime Minister’s comments should focus on the children, not the perpetrators. He said the province has been working hard to reconcile.

“All these work and efforts can be undermined by some insensitive comments,” he said.