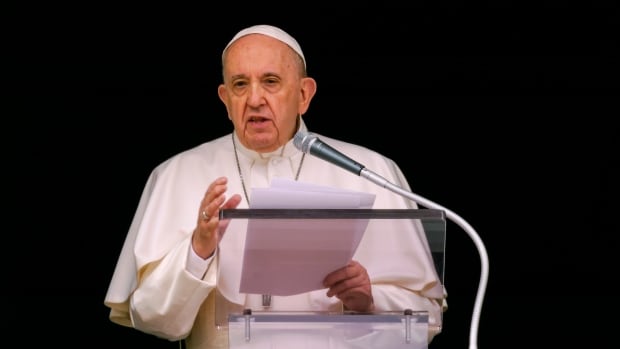 The pope’s apology for the role of the church in boarding schools may not be “the way forward”: the archbishop

Cardinal Thomas Collins, Archbishop of Toronto, said on Sunday that “dramatic” steps such as the pope’s formal apology may not be the best way to address the Catholic Church’s role in Canada’s boarding school system.

“I will definitely be in further contact with the Pope, but I don’t know whether always looking for something big and dramatic is really the way forward. I think it would be better to work with others step by step,” Collins said in an interview Rosemary Button live broadcast.

After meeting with two Canadian cardinals on Saturday, Pope Francis delivered a speech in his studio in St. Peter’s Square: “May the Canadian political and religious authorities continue to cooperate, resolve to expose this sad story, and humbly commit to A path of reconciliation and healing.”

But the pope did not make a formal or full apology for the role of the church in the operation of many boarding schools in the country.

After the aboriginal people of Tk’emlúps te Secwépemc in British Columbia announced on May 27 that the remains of some 215 children believed to be found, they renewed a formal apology for the Indian boarding school.

Collins said he thinks the apologies of individual Catholic bishops in Canada are “very, very important.” The head of the Catholic Organization Conference formally apologized in 1991. Collins also referred to the statement made by Pope Benedict XVI in 2009 in which he expressed “sorrow” over the suffering of boarding school students.

The issue of access to records is still a sticking point. Indigenous leaders and Researchers Note that school records are needed to identify the remains of any children found. Prime Minister Justin Trudeau specifically called for the surrender of any documents on Friday. Pastor Ken Tolson, the leader of the consecration of the Immaculate Missionaries that manages the Kamloops School, said his order is working to digitize and transmit any records he has.

But Collins said on Sunday that Trudeau’s remarks were “extremely unhelpful” and could be “misleading.”

“As far as I know, no one tried to hide the record. If someone did, they shouldn’t do it,” Collins said, downplaying the idea that the Vatican itself has any other records.

Philfontein, the former president of the Aboriginal Congress, told Patton that he believed that the Vatican did keep records and that these records are still to be transferred in Canada. Fontaine met Pope Benedict in Rome in 2009 and led negotiations on a legal settlement for boarding schools.

Royal Canadian Minister of Indigenous Relations Carolyn Bennett (Carolyn Bennett) agreed with Fontaine and refuted Collins’ comments that he believed there were no hidden or undisclosed records.

“This is not my understanding,” she told Button. “I think we still believe that there are documents within the Catholic Church. Whether it is a contributor or the Diocese of Vancouver, people say they now want to submit something to the National Truth and Reconciliation Center.

“I also think the cardinal needs to be part of this process,” Bennett said.

Fontaine said he believes that the Pope’s apology is “perfectly possible” and that the bishop of Canada is likely to work behind the scenes to achieve this goal.

He said that after the Kamloops tragedy, it was important that Canadians finally began to believe in the aboriginal views of the boarding school system.

“Canadians should trust us. They have an obligation and responsibility to do so,” Fontaine said. He called on the Canadian government, churches and indigenous communities to continue to cooperate.

“If this kind of cooperation does not work, the days to come will be even darker.”