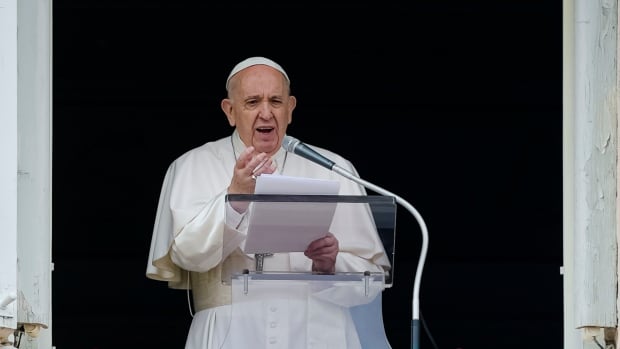 Pope Francis said on Sunday that he was distressed by the discovery of the remains of about 215 children on the premises of a former boarding school run by the Catholic Church in Kamloops, British Columbia, and called for respect for their rights and culture. Aboriginal.

He urged Canadian political and Catholic religious leaders to “resolutely cooperate” to clarify this discovery and seek reconciliation and cure. Francis said he felt he was “close to the Canadian people who were traumatized by the shocking news.”

However, when addressing pilgrims and tourists in St. Peter’s Square, he did not mention that many Canadians asked the Catholic Church to apologize directly because its role in the boarding school opened between 1831 and 1996 was run by many people. Christian denominations represent the government.

“This sad discovery has further increased people’s awareness of past pain and suffering. May the political and religious authorities of Canada continue to resolve to cooperate to clarify this sad story and humbly work on the path of reconciliation and healing,” Francis Say.

‘Stay away from colonial mode’

“These difficult moments represent a strong call from all of us to get rid of the colonial model and today’s ideological colonization, and to walk side by side with all the daughters and sons of Canada in dialogue, mutual respect, and recognition of rights and cultural values.”

I join the bishop of Canada and the entire Catholic Church in Canada to express my closeness to the Canadian people who were traumatized by the shocking discovery of the remains of 215 children of Kamloops Indian Boarding School students.

The Tk’emlúps te Secwépemc aboriginal in British Columbia announced on May 27 that they had discovered it and believed it was An estimated 215 children were buried The Kamloops Indian boarding school used to be the reason. This discovery reopened old wounds and provoked Canada’s anger at the lack of information and accountability.

This school was operated by the Catholic Church from 1890 to 1969. So far, church officials have refused to disclose records related to the school.

Between the 1870s and 1997, more than 150,000 Aboriginal, Métis, and Inuit children were forced to attend government-funded mission schools. Many people suffer from abuse, sexual assault and malnutrition, which the Truth and Reconciliation Commission called “cultural genocide” in 2015.

Francis spoke two days after Prime Minister Justin Trudeau stated that the Catholic Church must be responsible for its role in the management of many schools.