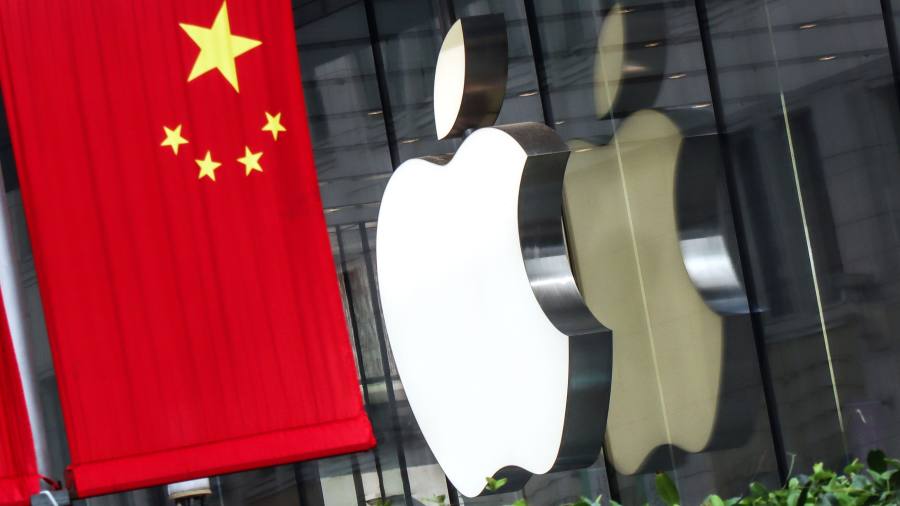 
China now has more Apple suppliers than any other country, which shows that Washington’s attempt to unravel the supply chain between the United States and China has little effect on the world’s most valuable technology company.

According to the analysis of the list of Apple suppliers by Nikkei Asia, 51 of Apple’s top 200 suppliers in 2020 are located in China, including Hong Kong, which is higher than 42 in 2018, and for the first time drove Taiwan out of the list. Apple did not release data for 2019.

The list of Apple suppliers covers 98% of the company’s spending on materials, manufacturing, and assembly in the last fiscal year. Although it does not disclose the value of each company’s purchases, the report can be used as a barometer of Apple’s dependence on suppliers from different parts of the world. Since 2013, the report has been published almost every year.

Apple is known for its strict quality standards, and the rise of Chinese suppliers illustrates the country’s growing manufacturing and technological capabilities, as well as competitive prices.

The manager added that entering Apple’s supply chain is a “golden ticket” for suppliers to become the world’s best supplier.

The number of Apple suppliers in Vietnam increased from 14 at the beginning of the trade war in 2018 to 21 last year. Seven of these 21 companies are owned by Chinese or Hong Kong companies. These include AirPods assemblers Luxshare Precision Industry and GoerTek, which have been producing wireless earbuds in Vietnam since the beginning of 2020.

Most of the Apple-certified factories in Vietnam are located in the north of the country, which is a growing cluster of consumer electronics products.

The rise of Apple’s Chinese suppliers is at the expense of other suppliers.

The number of Japanese suppliers dropped from 43 in 2017 and 38 in 2018 to 34. Japan Display and Sharp, which continue to make the list, face competition from Chinese display manufacturers BOE Technology Group and Tianma Microelectronics, while Sharp and Kantatsu compete with Luxshare Precision and Cowell in the camera module.

Taiwan, which has been at the top of the list for more than a decade, is also losing ground. In 2020, its 48 Apple suppliers made the island the second largest supplier after mainland China and Hong Kong, but this is down from the 52 suppliers in 2017. The number in 2018 is 47.

Assemblers such as Foxconn (officially known as Hon Hai Precision Industry) and Pegatron are still important suppliers to Apple, but they also face competition from Chinese competitors.

The number of Apple’s suppliers in the United States has also declined, from 37 in 2017 to 32 last year. Most of the remaining suppliers—such as 3M, Corning, Micron, Lumentum, and Qualcomm—provide high-value semiconductors and difficult-to-manufacture materials. instead.

According to the company, Apple is still one of the country’s largest job creators, but it has created 2 million jobs in all 50 states. Apple said it purchased more than $50 billion from more than 9,000 US suppliers and manufacturers last year.

So far, after Washington has blacklisted touch and camera module manufacturers, Apple has only severed ties with one Chinese supplier, O-Film Technology, which is suspected of violating the human rights of the Uyghur Muslim minority in China.

Washington’s efforts have not significantly affected Apple’s contacts with Chinese suppliers, including an increasing number of new suppliers.

Jeff Pu, a senior analyst at GF Securities, said that China has a world-class supply chain of electronic components and assembly, which has benefited from years of cultivation by Apple and Chinese smartphone manufacturers such as Huawei and Oppo.

“The only electronic component that China can’t catch up is semiconductors,” Pu said. “The growth of Chinese suppliers [the] The list of Apple suppliers also shows that China has well controlled the Covid-19 pandemic in 2020. “

Eric Tseng, chief analyst at Isaiah Research, said that cost and quality are the main reasons why Apple has persisted in the Chinese market despite political pressure.

“We have not seen any obvious signs that due to geopolitical tensions or factors, Apple has reduced procurement and contact with Chinese suppliers,” Zeng said. “Apple basically selects and determines its suppliers based on cost. This is why many Chinese suppliers, from Luxshare to BYD, have gained more business in the past few years.”

Both analysts said that Chinese suppliers are willing to transfer production to countries such as Vietnam and India, reflecting the problems of China’s own investment environment. They said that labor costs are rising, and it is becoming increasingly difficult to recruit enough production line workers during peak seasons each year.

A kind Version of this article First published by Nikkei Asia on June 2nd. ©2021 Nikkei Inc. All rights reserved.