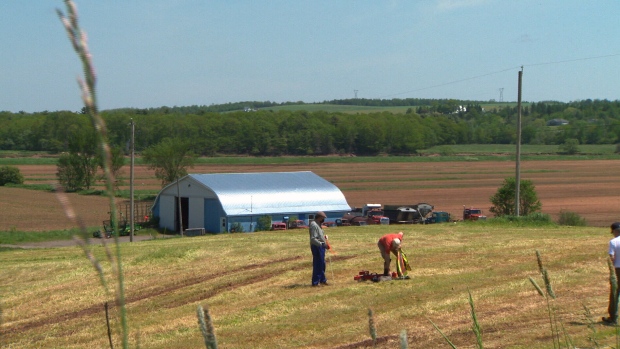 
SHUBENACADIE-Under the guidance of GPS, Johnathan Fowler took a ground penetrating instrument through the fields of Shubenacadie, New South Wales, and recorded the image below.

On the surface, it may seem simple. However, Fowler, a researcher in landscape archaeology, carried an immeasurable weight of generations of aboriginal people. They wanted to know whether there was evidence of burial in the area where the Shubenacadie Indian Boarding School was once located.

“This is an extremely important project for the community and all of us Canadians,” Fowler told CTV National News. “We made the most detailed map ever made.”

“It will take several generations to fix it, but we need to be united and make sure it happens,” Sipekne’katik First Nations chief Mike Sack told CTV National News.

From 1930 to 1967, thousands of Indigenous children from coastal areas and as far as Quebec were taken away and forced to live in a church-run facility in Shubenacadie, where survivors said they faced abuse and neglect.

Researchers say that the process of investigating the land may not produce any results for a few weeks-although some people hope they will find nothing at all.

“Standing here at the moment, I can imagine the children with me,” said Roger Lewis, a survivor and member of the search crew at Shubenacadie Indian Boarding School. “There are a lot of unresolved issues here. If we can help in any way and help solve some of the unresolved issues, then I think the community deserves it.”

The National Truth and Reconciliation Center officially identified 16 children who died at Shubenacadie Indian Boarding School, but community members are concerned that there may be more.

The researchers said that the ground conductivity meter and a new device called the EM 38 Mark II will be used like a radar, rolling on the front playground of the boarding school to show if there are any graves below the surface.

Fowler worked directly with community members and the curator of the Mi’kmaq cultural heritage at the Nova Scotia Museum, Roger Lewis, as co-investigators.

Where to ask for help