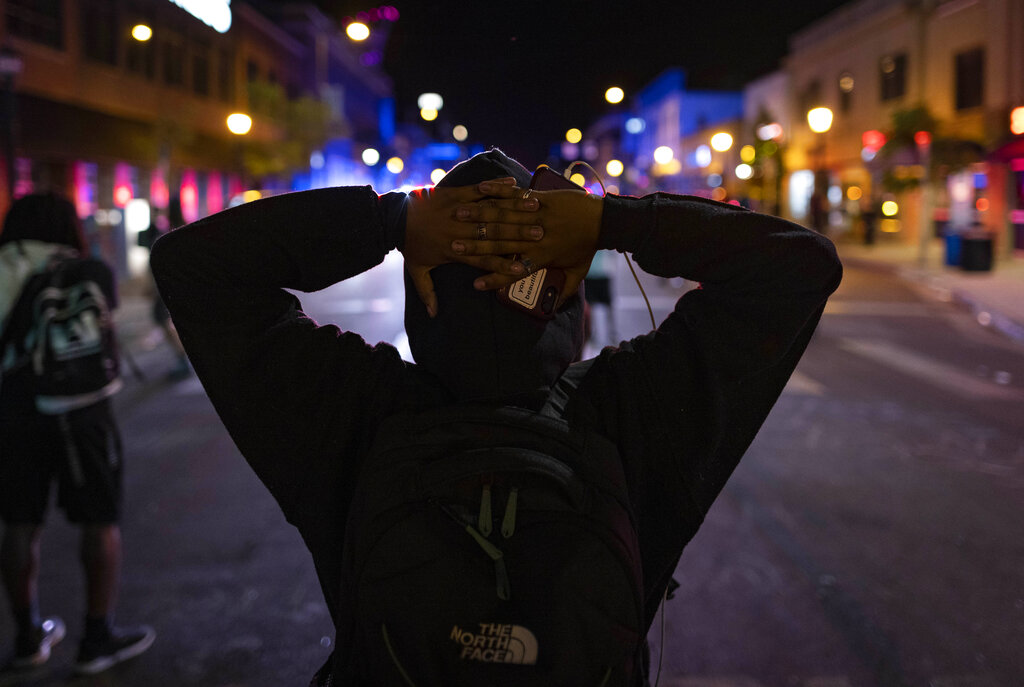 Minneapolis (Associated Press)-Protesters confronted police in Minneapolis early on Saturday after a member of the U.S. Marshals Task Force shot and killed a black man.

Photos of the 32-year-old Winston Boogie Smith Jr. after the vigil showed a litter box on the street on fire and a row of police officers standing guard. This is the second night of protests against the deadly shooting near a residential area in Minneapolis on Thursday.

The police stated that 27 people were arrested during the protest, of which 26 were charged with riots and one faced weapon charges. There were no reports of injuries. The police said that some companies suffered losses.

Authorities said on Friday that Smith was wanted for a weapon violation and shot him when two representatives were parked in a parked vehicle. Members of the United States Marshals Fugitive Task Force are trying to arrest him with an arrest warrant on the grounds that he is suspected of being a felon with a gun.

Family and friends called Smith the father of three children and was often harassed by the police. They demanded transparency in the investigation and asked anyone who might have the video to stand up.

Police said that after the shooting on Thursday, some people damaged buildings and stole from businesses. Nine people were arrested on suspicion of rioting, assault, arson and damage to property.

Since the death of George Floyd more than a year ago, Minneapolis has been in a state of tension, and in April a police officer near the Brooklyn Center shot and killed Dan. After Daunte Wright, this fatal shooting occurred.