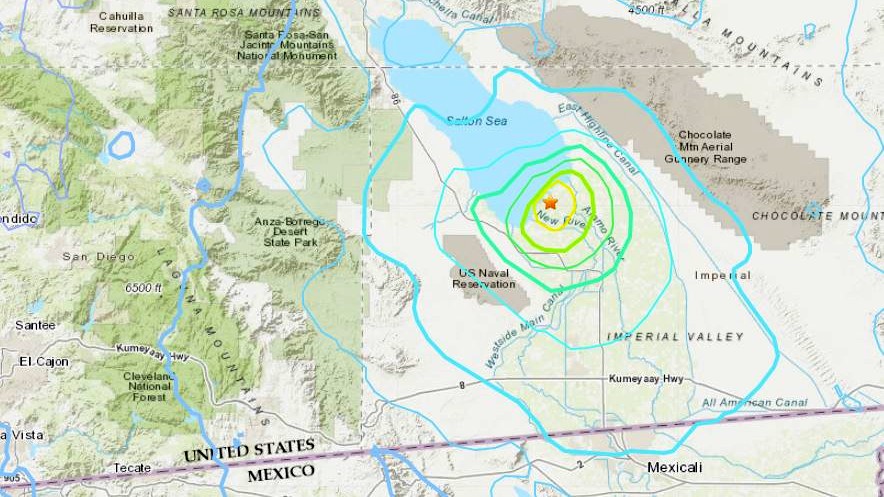 Earthquakes are felt east of San Diego, including earthquakes of magnitude 5 and above

EL Centro, California – A series of earthquakes struck east of San Diego on Saturday morning, including one with an initial magnitude greater than 5.

Earthquake is U.S. Geological Survey records Between 10:30 and 11 a.m., with the agency’s map To the east of the Salton Sea and about 30 miles north of El Centro, more than a dozen small earthquakes were shown.

Watch: Family members commemorate the legacy of married detectives who died in the crash

Most earthquakes are mild, with initial magnitudes of magnitude 2 and 3. It is reported that a few earthquakes exceed magnitude 4. One of the earthquakes—precisely located about 7 miles west of the town of Calipatria— Registered 5.3, According to the U.S. Geological Survey.

“Did you feel the earthquake?” A map provided by the agency showed that the vibrations were strongest outside of San Diego County, but some residents—especially residents of East County—may feel the slightest vibrations.

There was no immediate report of damage to the area.

This is a story of development. Check back for updates.