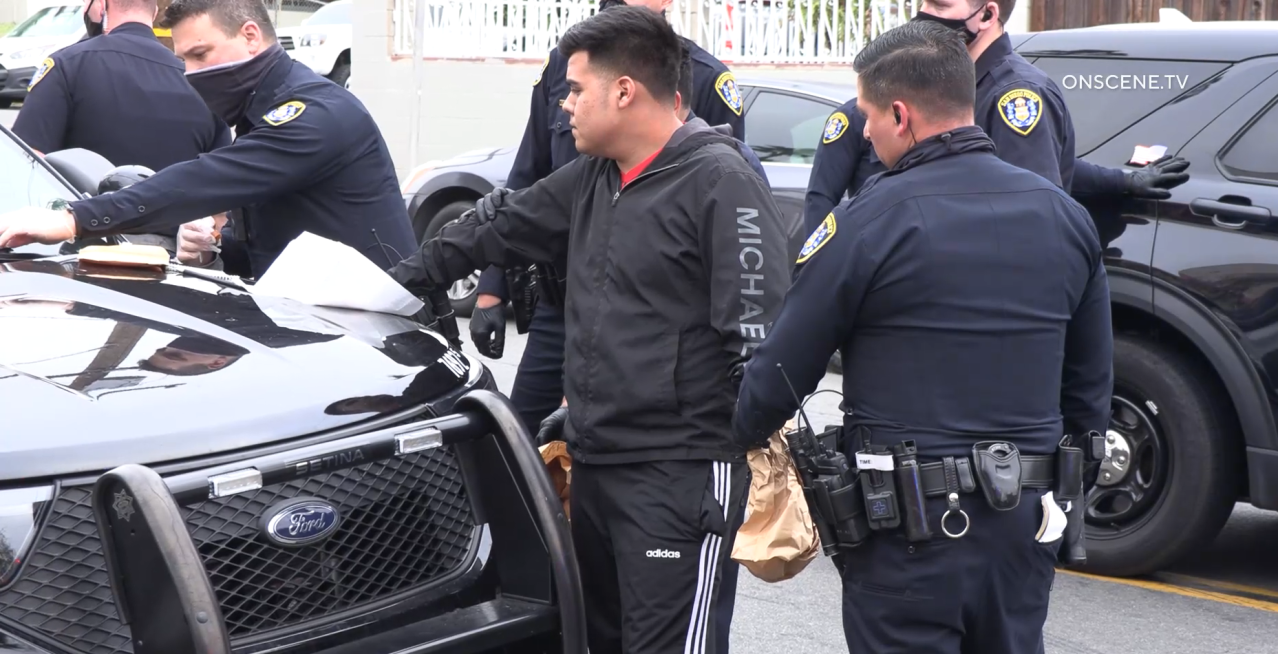 According to the San Diego police, the police responded to reports of shootings near A Street and Ninth Avenue around 6:10 in the morning. Witnesses told the police that they saw the suspect leaving in a BMW.

Soon after, a police officer found a vehicle that matched the description of the suspect’s car and tried to pull it over, but the driver did not stop. Authorities said that during the hunt, the suspect threw two pistols from the car.

According to the police, the police eventually stopped the car on 36th Street and Logan Avenue. The two men and a woman in the car were tested for the remains of the bullets in their hands and were detained.

According to the police, about 40 minutes later, the police responded to the report of the shooting victim at the intersection of Convoy Drive and Copley Park Place. The authorities believe that the victim was related to the shooting in the city center.