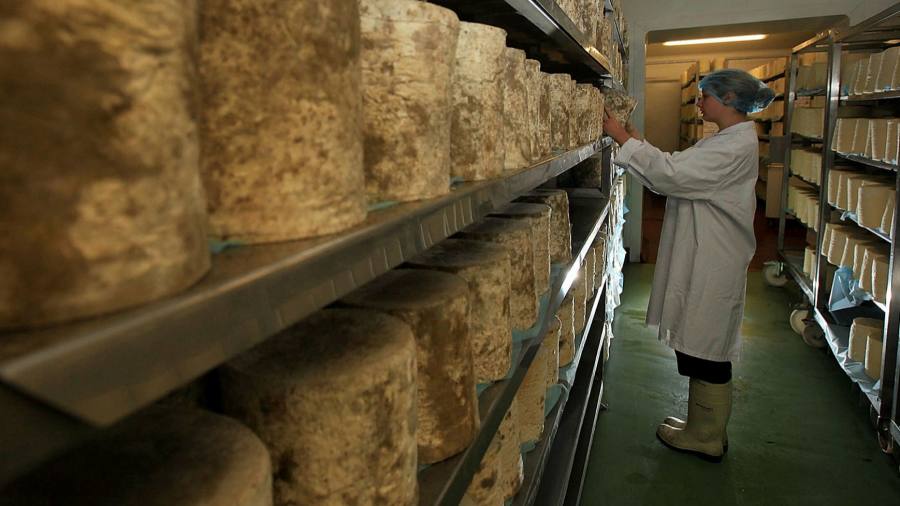 Tariff cuts on cheese, pork and poultry in the UK-Norway trade agreement


Britain on Friday agreed to the terms of a trade agreement with Norway and other members of the European Economic Area, which would cut tariffs on cheese, pork and poultry, and open up digital services.

The agreement was welcomed in principle by London and Oslo, although the new trade terms were not as good as those used by the United Kingdom as a member of the European Union’s single market. In 2020, the trade volume between the United Kingdom and the member states of the European Economic Area is 22 billion pounds, of which the trade volume with Norway is 20 billion pounds.

Liz TrussThe Secretary of State for International Trade of the United Kingdom said: “Today’s agreement will greatly promote our trade with Norway, Iceland and Liechtenstein, promote economic relations already worth 21.6 billion pounds, and support employment and prosperity in all four countries in the country.”

Four types of British cheeses: two types of cheddar, Wensleydale and the traditional Welsh Caerphilly cheese will be exempted from Norway’s tariff on all foreign cheeses, which is currently as high as 277%. The agreement will also witness the recognition of British professional qualifications in the European Economic Area. The Ministry of International Trade stated that reducing fish tariffs will support 18,000 jobs in the processing sector.

Sam Lowe, a senior researcher at the European Reform Center think tank, described the UK-EEA agreement as a “necessary” and a “good thing,” but said its success depends on measurement benchmarks.

“If you compare it with a normal free trade agreement, then the agreement does raise standards in certain areas, such as mutual recognition of professional qualifications,” he said.

“But if you compare the new trade agreement with the relationship before Brexit, the United Kingdom and European Economic Area member states are in a single market, then the new agreement cannot provide the same level of economic access and benefits.”

The Norwegian government stated that the agreement is not as good as the previous agreement with the United Kingdom, but it is still the most comprehensive trade agreement between Oslo and a single country.

“Free trade agreements will never be better than European Economic Area agreements [with the EU],” Minister of Trade and Industry Iselin Nybo said at a press conference in Oslo on Friday.

Norwegian Prime Minister Erna Solberg added that there are still problems with two aspects of the agreement: the changes in rules are not “dynamic”, like the Oslo agreement with the European Union, which means that if they change, they Will be updated automatically; veterinary regulations at the border will cause additional costs for some companies.

“The trade agreement is about giving and receiving,” she emphasized, noting that Norway has better access to some seafood products in the UK, while London has obtained some small concessions in agriculture.

But in Norway’s election year, the center-right government lags behind the center-left opposition, including a large party popular with farmers. Oslo has refused to make major concessions on beef and cheese, both of which have always been protectionist. Nearly 300% of foreign commodities.

The UK is Norway’s largest trading partner, thanks largely to the export of natural gas, and Oslo-through the state holding company Equinor-is planning to build a large clean hydrogen project in northeastern England.

Iceland’s Minister of Foreign Affairs Gudlaugur Thor Thordarson praised the agreement as one of his main priorities and stated that it is “critical to both Icelandic companies and consumers”. He emphasized that for the first time, the trade agreement signed by Iceland will include a section on equality and the empowerment of women in business.