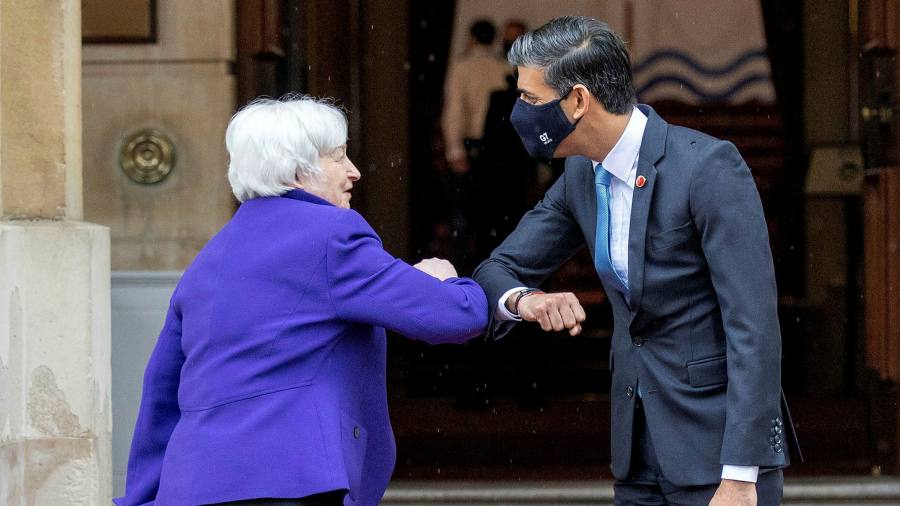 G7 will reach an agreement on global corporate tax


The major advanced economies will agree on a common position on taxation of multinational companies on Saturday to end the three-year competition for corporate taxation, which will add additional revenue to governments around the world.

Later on Friday, at a London meeting chaired by the British Chancellor of the Exchequer Rishi Sunak, the finance ministers of the Group of Seven (G7) were still bargaining over the details of the agreement.

Participants said that the G7 will agree in principle to change the basis of the international corporate tax law, which is the first time in a century. This historic plan aims to force the world’s largest companies to pay more taxes in the countries where they do business, not just where their headquarters are located.

French Finance Minister Bruno Le Maire stated that the ministers are about to reach a “historical agreement”, which will show the world that the G7 is still a global force that determines the rules of the game for the international order in the 21st century.

Since 2013, countries have been negotiating to seek international tax treaties. OECD negotiations have plunged the U.S. and European countries into disputes, especially over the taxation of major U.S. technology companies, but after Joe Biden replaced Donald Trump, the prospects for an agreement rose sharply earlier this year. The President of the United States also put forward new proposals.

It is expected that the finance ministers of the Group of Seven nations will issue a statement on Saturday to clarify their new common position and support the Biden administration’s call for the establishment of a global system and the world’s lowest interest rate for the world’s largest company.

According to relevant sources, the remaining issues include whether there is any global minimum tax rate proposed by the United States of 15%, or whether it should be defined as “at least 15%.”

Two people familiar with the negotiations said that the United States is conducting “strong negotiations” on when Britain, France and Italy should abolish their digital taxes after reaching an agreement.

The United States wants to do this immediately, but France and the United Kingdom believe it is impossible because the United States will implement an agreement under its promise, but before the law goes into effect, this will make the digital giant pay less tax than it is now passed in Congress.

“We hope to reach an agreement, but the details are balanced,” said a related person.

The UK Treasury said it had “made progress,” but Sunak’s allies said there was still controversy as to which companies were liable and how much their global profits would be affected.

At the same time, the United States is keen on the world’s lowest tax rate because it will prevent its technology giants from transferring profits to low-tax jurisdictions.

Most of the taxes collected may come from US companies, so the above-mentioned person said that US Treasury Secretary Janet Yellen (Janet Yellen) is “bargaining.”