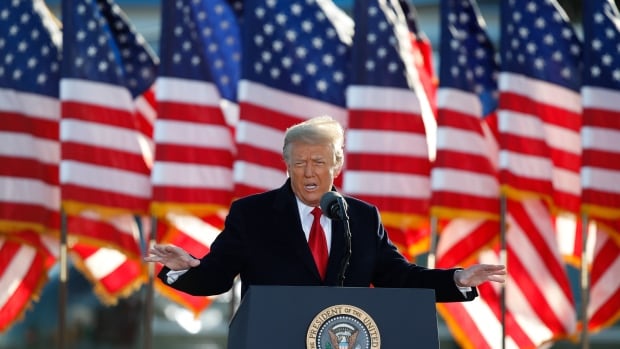 
Facebook said it will suspend the accounts of former US President Donald Trump-including Instagram-for two years after discovering that he incited violence before the deadly rebellion on January 6.

Nick Clegg, Facebook’s vice president of global affairs, wrote in a blog post on Friday: “At the end of this period, we will seek experts to assess whether public safety risks have subsided.” “We will assess external factors, including violent incidents. , Restrictions on peaceful assemblies and other signs of civil unrest.”

On Facebook, Trump’s suspension means that his account is basically in a “Facebook jail,” a term used by users to describe when the social network prohibits people from posting or accessing their accounts. Others can still read and comment on Trump’s past posts, but he and other account handlers cannot post new material.

In contrast, Twitter has permanently banned Trump from using its services, and there is no trace of his account there.

Facebook also plans to terminate a controversial policy advocated by CEO Mark Zuckerberg, which automatically exempts politicians from complying with regulations prohibiting hate speech and abuse. The company said it has never applied this policy to Trump.

The social media giant said on Friday that although it still applies this “newsworth” exemption to certain posts that it considers to be in the public interest, even if they violate Facebook’s rules, it will no longer combine materials posted by politicians with The published materials are treated differently. By anyone else. In addition, Facebook stated that it will make it public whenever it applies an exemption to a post.

These announcements are in response to the recommendations of the company’s quasi-independent supervision committee. Last month, the group upheld Facebook’s decision to suspend Trump, but said the company cannot just suspend it “indefinitely” and give it six months to decide what to do with his account.

“We love you. You are special,” Trump said to the rioters in the first post. Second, he called them “great patriots” and told them to “remember this day forever.”

The board stated that these posts violated Facebook’s prohibition on praising or supporting people who engage in violent acts and should be suspended. Specifically, the board cited Facebook’s regulations for “dangerous individuals and organizations,” which prohibit anyone who promotes violent missions and prohibit posts that express support or praise for these people or groups.

Since 2016, Facebook has received a universal “news value exemption.” But when Craig announced in 2019 that politicians’ speeches would be regarded as “newsworthy content that should be seen and heard as a general rule,” it caught people’s attention.

He explained in a blog post at the time that the newsworthiness exemption means that if “someone makes a statement or shares a post that violates our community standards, if we believe that the public sees its benefits over our platform, we will still allow it Appear on our platform. Risk of injury.”