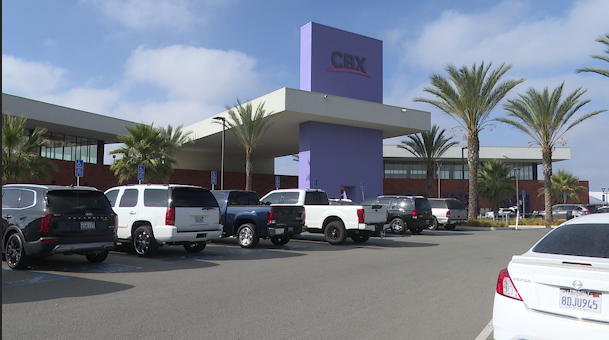 
San Diego (Border report) — Cross Border Xpress is a 64-acre facility located in Otay Mesa between San Diego and Tijuana. It is described as an airport terminal north of the border, with the runway in Mexico.

At its core is a 390-foot-long bridge across the border, allowing passengers to enter and exit Tijuana Airport without having to cross the border through a port of entry.

Despite the pandemic, the popular border terminal for international air passengers is still expanding

It also fights with China.

Roads in and out of the area will also be reconfigured to improve access points.

CBX CEO Jorge Goytortua said: “It will also have a car rental center and transportation hub, so we understand that in order to meet the needs of our customers, we must expand.”

In 2019, about 3 million passengers used CBX, and it is estimated that by 2036, 7 million people will use the facility each year.

“The expansion in the United States will double the capacity of the CBP booth to 16, and passengers will be processed faster with better technology,” Goytortua said.

Tijuana Airport, south of the border, has undergone a $100 million expansion, including a larger terminal, a new luggage carousel area, and a return route to the United States, which is expected to be completed by the end of 2021.

“This is a 45,000 square foot facility that provides CBX customers with more, simpler, and faster ways to return,” Goytortua said.

According to Goytortua, CBX opened in December 2015 and exceeded all expectations.

“It’s beyond anyone’s imagination, and the traffic is still increasing,” he said. “Overall, our goal is to further transform CBX into a truly world-class terminal, a world-class airport.”