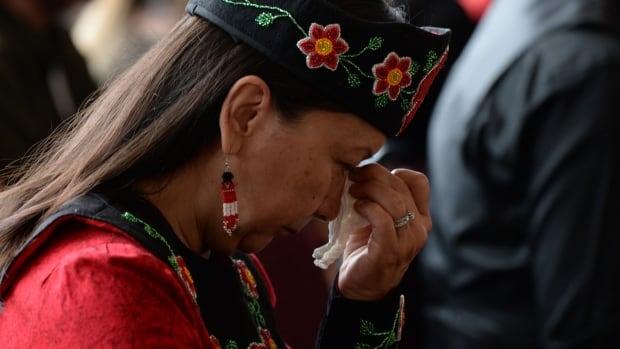 
The federal government will release its plan of action today in response to the national survey of missing and murdered Aboriginal women and girls and its many recommendations.

This is two years since the final report of the investigation was released After collecting testimonies from families and survivors across the country.

“Our goal here is to end the genocide,” said Denise Pictou Maloney, co-chair of the National Circle of Families and Survivors (NFSC). One of the groups. Plan.

“Our women should have the right to live independently in their own environment without interference.“

The NFSC was established last summer and consists of families of missing and murdered Aboriginal women, girls, LGBTQ2S people, and gender-based violence survivors.

On Wednesday, the NFSC demonstrated its contribution to the project to Carolyn Bennett, Minister of Royal Indigenous Relations and Northern Affairs, in a virtual ceremony.

At the ceremony, Bennett called Pictou Maloney and co-chair Hilda Anderson-Pyrz “the core and soul of responding to national investigations.”

“Your advice and guidance to the core working group and other contributing partners did have an impact,” she said.

The Canadian Indigenous Women’s Association announced on Tuesday that it will not become a signatory to the national plan.

Pictou Maloney stated that it is important to make the family at the core of the national planning process.

NFSC’s contribution to the program, Titled The Way Forward, Reclaiming Power and Place, identified 30 actions related to many of the 231 recommendations of the investigation, which it called “Call for Justice.” They include prioritizing fair funding, monitoring the implementation of the “call for justice,” data collection, improving police agencies, and the proper implementation and monitoring of the Gladue report.

“We know that immediate action is needed. We can’t wait any longer,” Anderson Pilz, member of Nisichawayasihk Cree Nation and NFSC co-chairman in Manitoba, said at the ceremony.

Pictou Maloney said that many of the NFSC’s priorities in formulating these 30 actions are based on the accountability mechanisms that should be established.

“It is unethical to invest all this money without letting it benefit the industry it is supposed to deal with [with],”she says.

The federal 2020-21 budget has allocated $2.2 billion to implement the survey’s recommendations.

“This is something that I think has been missing in many of the work I have done in the past.”

Pictou Maloney is a member of the Sipekne’katik Aboriginal people in Nova Scotia. She said that she hopes this process will inspire action. This is something the family, including her own, has been waiting for decades.

She worked for the national investigation and testified publicly at the Montreal hearing about the murder of her mother Anne May Pictou Aquish by a member of the American Indian Movement in 1976.

“For 46 years, we have been campaigning and fighting, and even after four trials, we continue to campaign and fight for justice and test her life,” she said.

“Time does not necessarily make things better, because there is no justice and no proper mechanism to ensure that this situation stops.”