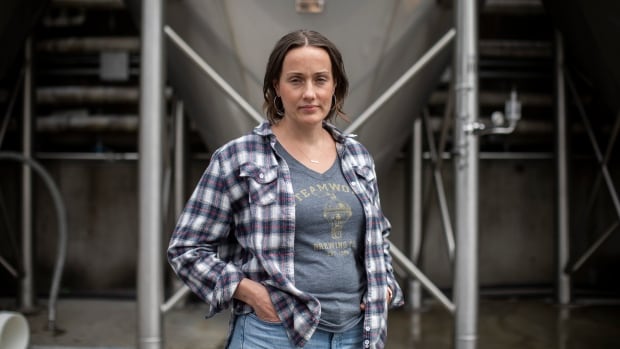 
Warning: This story contains some details that readers may find painful.

When Jake Clark witnessed the #MeToo-style liquidation unfolding in the craft beer industry, she experienced a series of emotions—from heartbreak to anger to relief. She was not the only one experiencing systemic sex. Discrimination, misogyny and violent people. The world of beer.

The B.C.-based beer consultant said: “The conversations that were brought up were full of power, and the dark corners were also shining.”

“Knowing this makes me relieved, well, maybe there is an opportunity here, we don’t have to live this way.”

Over the past few weeks, hundreds of stories have been collected on an Instagram account owned by Massachusetts brewery worker Brienne Allan, ranging from stories of daily micro-aggressions to disturbing allegations of physical and sexual assault.

Although many stories are anonymous and unverified, they have led to high-profile resignations, including the founders of two highly regarded American breweries, Modern Times and Tired Hand.

Clark and other women in the industry in Canada are now presenting their own experiences-allegations that contrast sharply with the good image of friendliness, tolerance, and community that the industry has long conveyed.

Clark Sent a message A disturbing allegation of her own experience, including sexual assault, was posted on her own Instagram account last month.

Since then, many women have contacted her through similar stories, thanking her for her outspokenness-but she said she also received abusive messages and threats.

‘You must know more than 10 times’

Clark, 38, said that she has been working in the hotel industry since she was a teenager, starting from washing dishes, and having sexist and uncomfortable jokes along the way.

The most eye-opening experience was when she became a manager, first at the beer bar and then as an importer. She saw how women in her team were treated by male bosses—for example, sexist remarks about waiters and kitchen staff—and how her colleague managers treated her when she publicly opposed them.

“You are either no longer invited to the meeting, you are told to shut up, you are told you need to make a joke, or you are excluded from the discussion,” she said.

“You will soon realize that as a woman, especially when it comes to beer, you have to know 10 times more than the others at the table before anyone can give you the time of the day.”

Women in the industry say that daily micro-aggressions are the most harmful example of misogyny and can have an impact on mental health-even those women who have proven themselves to be the best winemakers in the country.

Julia Hanlon, chief brewer of Steamworks Brewing Company in Burnaby, BC, said: “In most cases, it’s just viewed or viewed just to justify my existence in this industry.”

Hanlon, 40, has worked in the industry for 16 years and has won numerous awards while in charge of the Steamworks brewery.

She said she was lucky, and she was treated fairly by her employer in the past.

But outside of her workplace—for example, at out-of-town meetings or festivals—she often has to explain that she is the chief winemaker, not one of her male assistants.

“I think we are considering what we said, why is this? The number of well-known breweries called up for this kind of behavior, hopefully is a sign of the changing times.”

Clark said that women will warn others around to be careful and discuss which activities are safe to participate in. She added that she had not participated in an event where nothing “extremely inappropriate” had happened-whether it was comments, touching, or worse.

Early in her career, she once said that she was tracked out of the event venue by a man she had been talking to. He pressed on her forcibly and tried to kiss her; she said that when she tried to push him away and stop him, he became aggressive and tore off her skirt.

When she tried to escape, he picked her up and threw her down the hillside bordering the street.

The next day, she said that she saw the same person at another industry event and told the organizer what happened. She recalled being told that the man was part of the event security department and that he was a “good guy.”

She said that the bruises and scratches on her body the night before had been laughed off because she fell down after drinking too much alcohol. The organizer said that someone had seen her “flirting” with the man, implying that she took him.

“Go to someone and tell this terrible thing that happened. They not only don’t believe me, but they also actively protect this person, make that person a safety officer for the activity, and be blamed for my own harm. The impact is a deep scar,” she said.

“It clearly shows that this kind of behavior is tolerable, and reporting to anyone is a waste of time.”

Clark said she did not report any experience of abuse or assault to the police.

According to a report by Statistics Canada using 2014 data, in Canada, only 5% of sexual assaults are reported to the police. The reasons include feeling powerless, ashamed, self-blaming, wanting to move on, and believing that the report will not be based on the 2015 Global News/Ipsos Reid polls and will be of no benefit.

Clark believes that the systemic sexism in the craft beer world is partly due to its rapid success.

According to the Canadian Beer Industry Association, the number of breweries in the country has almost doubled to 1,210 in the past five years. According to provincial guild data, in British Columbia alone, craft breweries and beer bars employ 4,500 employees and bring in revenue of CAD 319 million in 2020.

As a consultant, Clark has seen how many small breweries are scrambling to expand in order to meet demand. As many owners lack the background to manage large teams, employees are not protected.

“[There’s been] There is no time to formulate policies and procedures, and no time to consider the responsibilities of running a business,” she said.

At the same time, craft beer is clearly lacking in diversity-a phenomenon that feeds on women, finds itself unsupported by systemic sexism, and leaves the industry.

There are no specific statistics on Canadian industry. But in the U.S., a survey by the Brewers Association in 2019 found that only 7.5% of winemakers were women, and in “non-production” or “non-service” roles (such as bar managers or marketers), women accounted for the majority of employees. 37%.

Ever since Natasha Peiskar started reading stories that appeared online, she has been calling for action.

Pesca, 35, a winemaker who founded a wine company in Calgary, said she found these stories “painful” because she relived many of her experiences since she started working in the industry in 2014.

As the president of Pink Boots Canada, a non-profit organization that aims to help women in the industry through the Internet, education and scholarships, she vowed to “fight like hell” and bring changes to the industry beyond the “performance” statement supporting women.

“Don’t ask us for details, or whether this happened to us-spoiler: it has already happened,” Pesca said. “[And] Don’t label yourself as an ally or a good person. …You have won this through your actions and words.

“Ensure that changes are also cross-cutting. We will not abandon our BIPOC women, our LGBTQ community, our non-binary groups.”

Peiskar, Clark, Hanlon, and other women in the industry offered some suggestions on how breweries can help implement changes, including:

“Major issues in our industry”

As far as industry leaders are concerned, they have admitted that there are problems.

In June last year, the Canadian Craft Beer Association (CCBA) established an Anti-Discrimination and Inclusion Committee whose industry focus group determined that “all forms of discrimination are a major issue in our industry,” said CCBA Chairman Steve Beauchesne.

CCBA stated that it will soon release an industry-wide employee survey to better understand diversity.

Women in the industry say that the ultimate responsibility for change lies with men.

“Whether we like it or not, the people who have power and the ability to make real changes are straight white men,” Clark said.

“in case [they] Join and drive change from the top, and the change will happen faster. ”