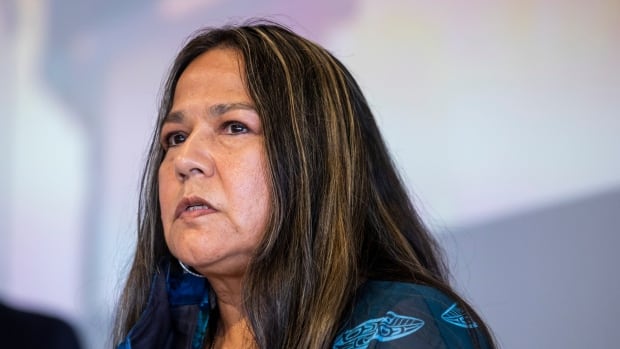 
Indigenous women’s organizations and advocates say Newly released national action plan Ending violence against indigenous women and girls is not an appropriate response to the crisis.

“This is not a national plan of action,” Pamela Palmater, head of the Department of Indigenous Governance at Ryerson University in Toronto, told CBC News.

The plan was developed by the federal and provincial governments, the National Circle of Family and Survivors, and several Aboriginal partners, and was released on Thursday. This is the second anniversary of the final report of the national investigation of missing and murdered Aboriginal women and girls.

The survey concluded that the violence experienced by indigenous women and girls constituted genocide, and made 231 recommendations, or “calls for justice,” one of which recommended the development of a national action plan.

This 113-page plan is described as an “evergreen” living document and first step. It includes 23 short-term priorities to be launched in the next one to three years, such as public awareness campaigns, national emergency phone numbers, and a national task force to review and re-investigate pending files of missing and murdered indigenous women, girls, and LGBTQ2S people .

The federal government’s role in the plan is also published in a separate 30-page document.

Palmat was one of the advocates who expressed concern at a virtual press conference on Thursday. She said that using the word “evergreen tree” meant a lack of planning.

She said: “Basically, the genocide will continue for some time until we can work out a practical plan. This is a real harm to the indigenous women and girls in this country.”

For others, the determined number of actions and time frame are not enough.

“We can’t wait to let some of these priorities go for three years. Since the national investigation, hundreds of women have disappeared and been murdered.”

Watch | The Prime Minister on the release of the National Action Plan:

Prime Minister Justin Trudeau spoke about the details of the plan at his Capitol Hill office on Thursday. 1:58

The women who spoke at the press conference expressed concern that some indigenous groups that worked directly with families and survivors were excluded, including the Missing and Murdered Indigenous Women and Girls League of British Columbia

“I’m very disappointed with what the federal government is doing,” Wilson said.

“It should be more open, more transparent, and easier for groups to participate, but we look at it from the outside again, and hope that the plan can be meaningful and substantive.”

Earlier this week, the Indigenous Women’s Association of Canada (NWAC) announced that it had withdrawn from the program, calling it “toxic and dysfunctional.”

“We never got any opinion,” said Mary Hannaberg, vice president of the Quebec Indigenous Women’s Association.

However, the women who spoke at the press conference stated that it is important to distinguish between the work done by families and advocates that contribute to the action plan and the actions of the government.

“These families and advocates are not responsible for the genocide,” Palmat said.