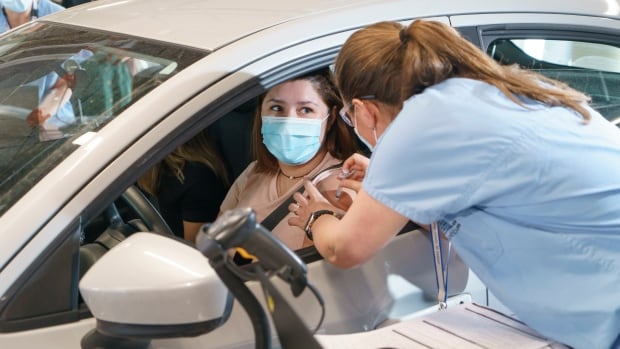 Tan said that since the third wave of peaks, COVID-19 cases have dropped by 70%


Canada’s chief public health officer said today that since the third wave of peaks in mid-April, the number of new COVID-19 cases reported every day has fallen by 70%.

At a COVID-19 briefing with reporters, Dr. Theresa Tam said that Canada now reports an average of 2,700 new cases per day—lower than the rate of nearly 9,000 new infections per day last month.

In Ontario, the nation’s largest province, 699 cases were reported on Tuesday, the lowest number of cases since October 2020. Quebec has only reported 208 new infections today.

But some provinces-especially Manitoba-are still under the third wave of control, and hospital capacity has reached its limit.

Tan said that the “substantial decline in the infection rate” is related to the “rapid increase” in vaccination rates in most provinces and strict public health measures. As of May 31, approximately 58% of all eligible Canadians had at least one dose of the vaccine.

With Pfizer providing a steady stream of doses, the supply of vaccines has increased dramatically. The company is expected to provide more than 2 million doses of the drug every week until the end of July.

Moderna, Canada’s second-largest supplier, is not stable in achieving its delivery goals, but the company has pledged to perform millions of more mRNA injections by the end of the month.

Although the number of new infections has fallen to its lowest level since the first week of March, the number of severely ill patients with COVID-19 has not declined at the same rate.

Tan said that since the peak in April, the average number of COVID-19 patients receiving treatment in the hospital every day has fallen by 40%.

Tan said that an average of 2,600 people are now hospitalized due to COVID-19; 1,100 of them live in intensive care units, a 25% drop from the peak in April. The average daily death toll has also fallen by about a quarter, and 39 deaths are reported every day across the country.

Deputy Chief Public Health Officer Dr. Howard Njoo said that hospitalization rates and mortality rates are “late indicators” that usually decline at a slower rate when the number of cases begins to decline. A person may have mild symptoms for a week and then get worse quickly.

Njoo said that “the epidemiology has changed,” and COVID-19 cases driven by various concerns may also lead to more serious results and require longer hospital stays.

National Advisory Committee on Immunization (NACI) A new guide was released today About mixing and matching the second dose of COVID-19 vaccine. It recommends that Canadians alternate AstraZeneca-Oxford, Pfizer-BioNTech or Moderna injections under certain circumstances.

The recommendation was made a few weeks after NACI stated that viral vector injections from AstraZeneca and Johnson & Johnson were not the “preferred” product because they have a rare but serious risk of disease called vaccine-induced immune thrombotic platelets Hypoxia (VITT)-blood clots and low platelets.

Tam said that with NACI’s approval of the mixed dose, AstraZeneca recipients will now have other options to complete the two-dose vaccine program.

“I think it’s good news that people can choose now,” she said.