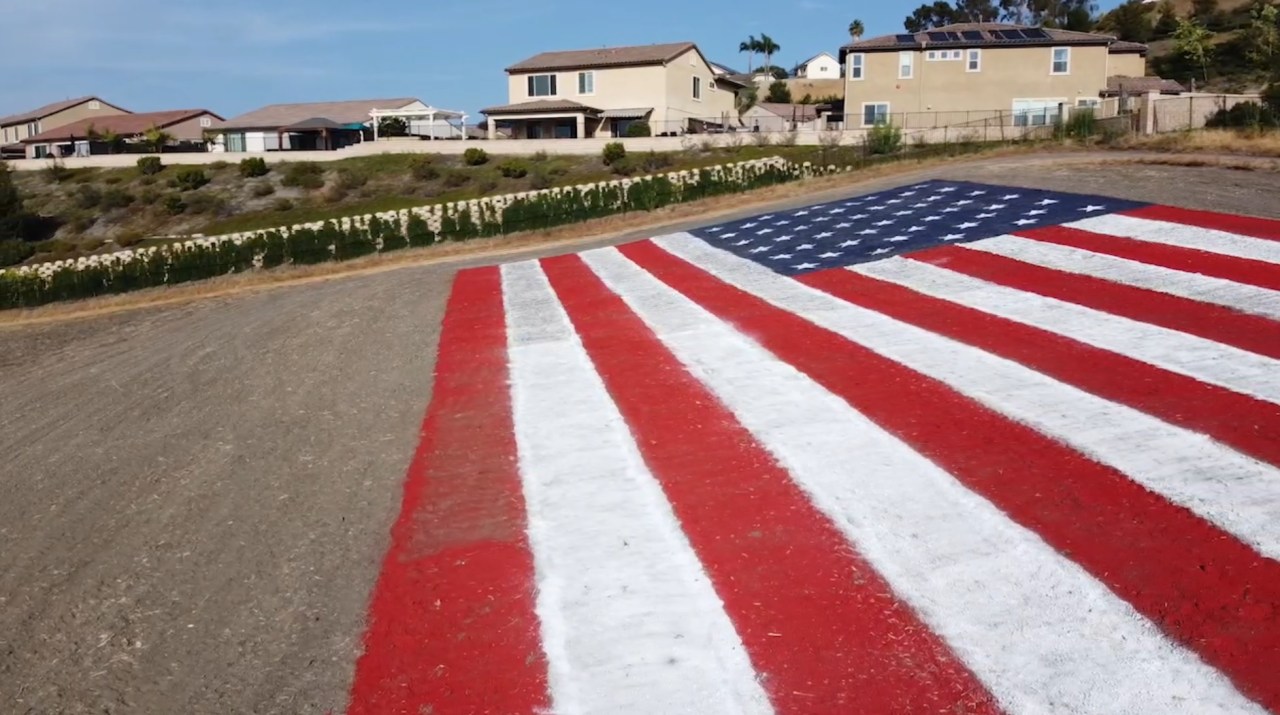 
Vista, California – Walk a short walk in the fields behind the Antique Gas and Steam Museum in Vista, looking for a special tribute to the families of the soldiers waiting on the other side.

“When I went out to look at the national flag, I was very happy,” said Alison, a little girl who attended Monday’s Memorial Day celebrations with her family.

The driver waited hours on Memorial Day before returning to the U.S.

The flag occupies more than 11,000 square feet and spans the hillside of the site. This is one of the largest flags on display in the county. This is an idea that TJ Crossman got from a friend of his who did a similar thing in another state. The flag display will last until December.

Monday’s memorial event also brought patriotic music and reflections on the people who died for the country.

“As a veteran, I like to participate in holiday celebrations,” said Mark Lewis, who served in the San Diego Naval Band. “There is no place I want to go.”

Lewis is a member of the six-piece brass band performing for the audience at the museum’s second annual Memorial Day celebration. The ceremony included a pass issued by a retired Air Force pilot to commemorate the fallen soldiers.

“This plane may be my favorite part,” said Jacob Hirt, whose father Spencer Hirt was a naval doctor.

“Our family took the time to discuss what this day means to our family,” Lieutenant Hutt said. “They can understand that people have made a lot of sacrifices for us.”

Ceremony to commemorate the fallen service staff in San Diego

Old Hitt said that the pandemic may have been his most challenging year in the Navy so far.

“Try to fight a different type of war and save lives from this perspective,” he said. “This thing keeps pressing on my mind.”