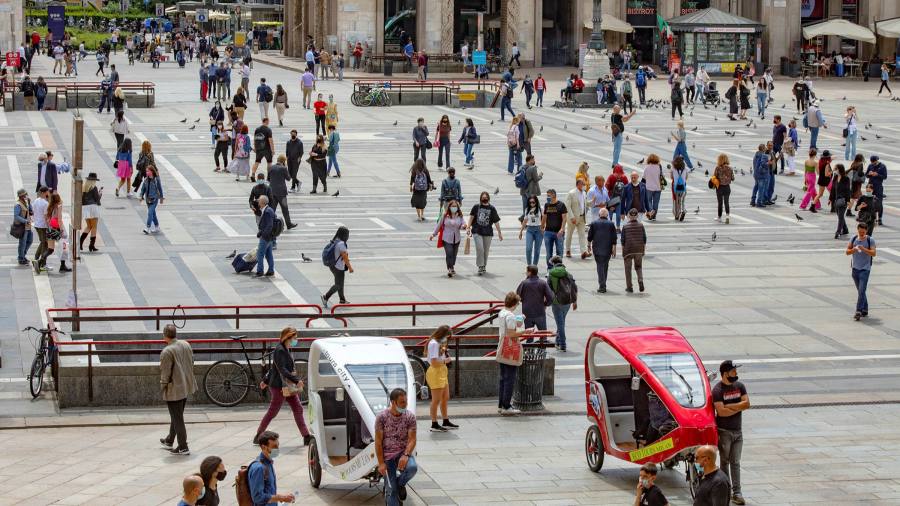 
Italy avoided a recession in the first three months of this year because the revised statistics show that the economy has expanded, indicating an unexpected resilience ahead of the second-quarter rebound forecast.

According to revised data from the National Bureau of Statistics, the gross domestic product increased by 0.1% in the first quarter over the previous quarter, reversing the 0.4% contraction originally estimated.

This means that Italy has avoided a second technical recession, which was a contraction in output for two consecutive quarters since the beginning of the pandemic. The GDP contraction in the first half of last year reflected strict Covid-19 restrictions.

Italy’s economic performance is in sharp contrast to France’s. Last week’s data showed that the economy contracted slightly in the first quarter instead of the initial estimate of 0.4% expansion.

Paolo Pizzoli, senior economist at ING, said that investment increased by 3.7%, which was “surprisingly strong”.

Pizzoli said the data was a positive surprise for the third largest economy in the Eurozone, adding that the accelerated reopening and the faster vaccination plan implemented by Prime Minister Mario Draghi “has been achieved.” Effectiveness”.