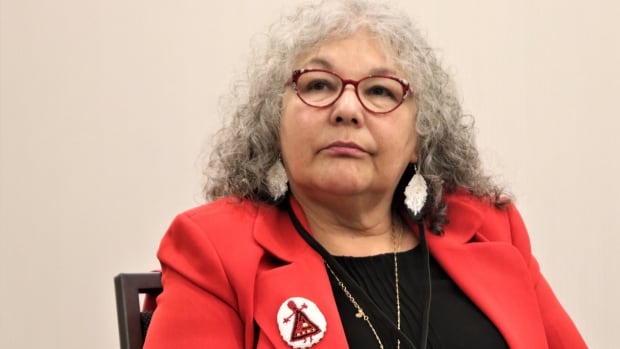 
The Aboriginal Women’s Association of Canada (NWAC) released its own plan of action on Tuesday in response to a national investigation into missing and murdered Aboriginal women and girls, after withdrawing from the federal government’s long-awaited plan.

NWAC Chairman Lorraine Whitman said: “It’s been two years since the investigators announced their findings that the violence against our indigenous people, Inuit and Metis sisters was genocide. , But what we do know is that almost nothing has changed at the virtual press conference on Tuesday.

“We are not safer now than we were two years ago, so we are handling things ourselves.”

After two years of collecting testimony from families and survivors across the country, the National Survey released its final report on June 3, 2019, entitled “Recovering Power and Place.” It identified 231 calls for justice.

On Tuesday, Whitman and NWAC CEO Lynne Groulx released Our call, our action, Including 65 actions the organization will take to respond to the call for justice.

The core of the plan is to build land-based rehabilitation huts across Canada to heal Aboriginal women, girls, and gender-diversified people. Chelsea, Quebec, already has a hotel that has been offering virtual programming during the pandemic, and a second hotel will be opened in New Brunswick in the next few months.

Lorraine Whitman, president of the Canadian Aboriginal Women’s Association, announced the organization’s plan of action to address the results of the nation’s investigation of missing and murdered Aboriginal women and girls. 1:12

Martha Martin, one of two members of the MMIWG family, spoke at the unveiling ceremony of the program. Her daughter Chantel Moore was killed by police during a health check in New Brunswick last year.

“As a mother, I hate them for taking my daughter’s life, as if she doesn’t matter,” she said.

“Indigenous people have been killed again and again, and it feels like our harm is endless… I think it’s time for us to stand up and demand change.”

The organization cited the “defective” process of leaving the national plan

NWAC is one of 19 indigenous organizations involved in the development of a national action plan to address violence against indigenous women and girls.

NWAC stated that it would not be a signatory of the document, saying that the process was flawed.

Whitman said they were “excluded from the main decision-making process”, had no seats in the key working group that provided input to the plan, and were subject to Horizontal violence, Rude comments and hostile email exchanges, if they are allowed.

“We can no longer participate in such a toxic and dysfunctional process,” Whitman said.

“Although other organizations are financially supported to carry out their work and participate meaningfully in the action plan process, NWAC is not supported, although ending violence against indigenous women is at the core of the NWAC’s mission, and we have always been the main voice on this issue Decades.

“We are an afterthought, perhaps an unwelcome intruder in the government process.”

The National Action Plan will be released on June 3

The Royal Canadian Department of Indigenous Relations and Northern Affairs said in a statement that the NWAC has received funding to engage with their members on the priorities of developing a national action plan, and acknowledged that many voices and opinions have been brought together throughout the process Challenges.

The national action plan is scheduled to be released on Thursday on the second anniversary of the final report of the investigation.

“There is still a lot of work to be done. We are very grateful for the work done by NWAC in the past participation in the work, value their input so far, and will continue to cooperate with them,” the statement read.

“We hope that we can continue to work together because we have taken concrete measures to stop this national tragedy and help families and survivors who seek healing and justice.”

NDP women and gender equality commentator Lindsay Mathyssen said in a statement that she was disappointed that the Liberal government was “incapable of constructive cooperation with the Aboriginal Women’s Association on the action plan”.

“This report cannot be shelved like countless other reports that the Liberal Party has failed to implement,” Mattison said.

“The Liberal government likes to make symbolic gestures, or just make beautiful words to show that they are committed to reconciliation, but when it comes to making truly meaningful changes, they make politics an obstacle.”