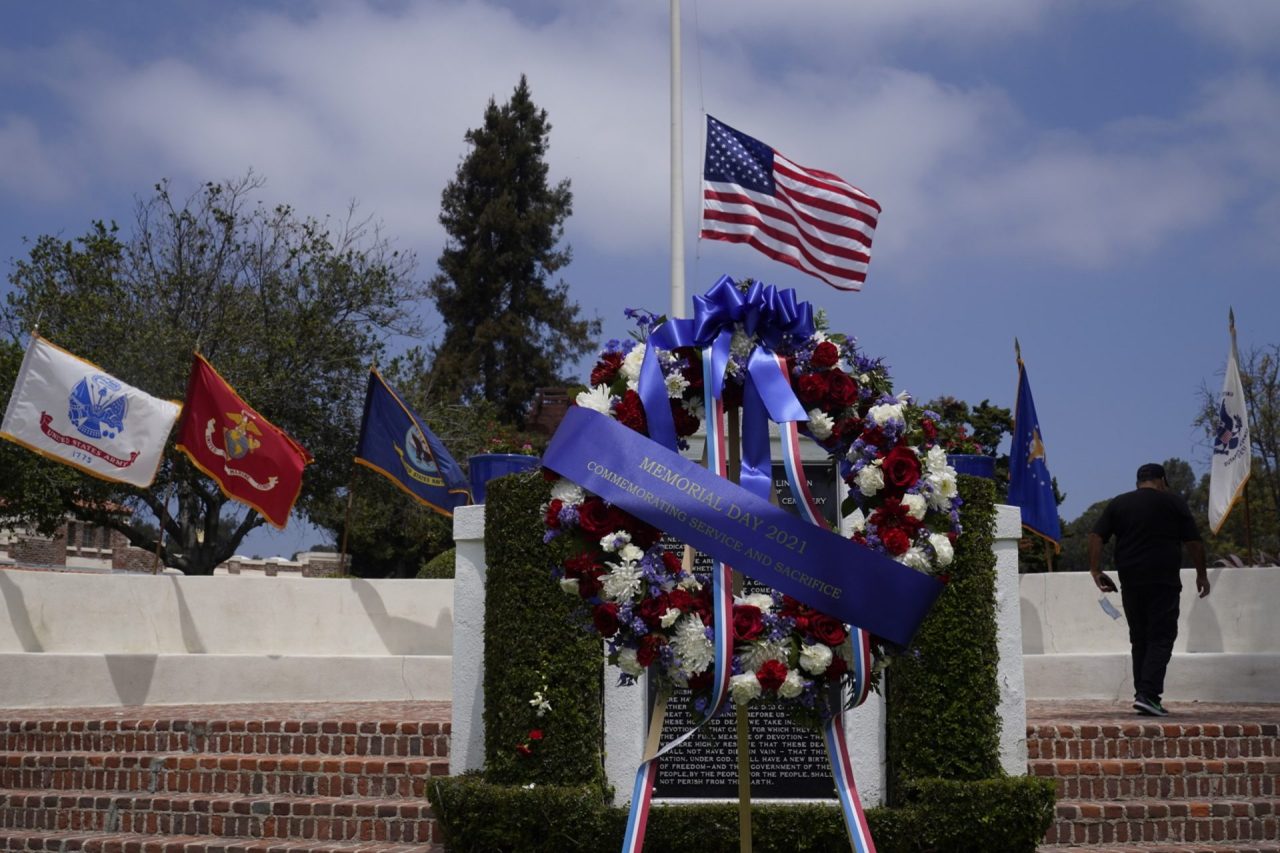 LOS ANGELES (Associated Press)-Authorities say that during the Memorial Day weekend, a large American flag and several smaller flags were stolen from a veterans cemetery in Southern California.

The spokesman for the National Cemetery Administration of the Department of Veterans Affairs, Les Melnik, said that according to reports, the garrison flag at the Los Angeles National Cemetery was stolen late Sunday or early Monday.

Ceremony to commemorate the fallen service staff in San Diego

Melnik said that the gate of the cemetery was closed at that time.

Melnyk said that the Department of Veterans Affairs police are investigating the theft of the 25-foot x 30-foot (7.6 meters x 9.1 meters) flag.

Melnik said that this crime “does not detract from the honor and respect of the soldiers who made the ultimate sacrifice for our country on this Memorial Day.”

Rebecca Adams, a volunteer at the Los Angeles National Cemetery Support Foundation, said that the flag, which is usually handled by three people, is difficult to remove.

“He is a Hero:” Commemorating the final sacrifice of a local navy pilot on Memorial Day

“It’s so sad and shocking that something like this happened on Memorial Day,” Adams said.

The cemetery dates back to the late 19th century and is operated by the Veterans Administration.