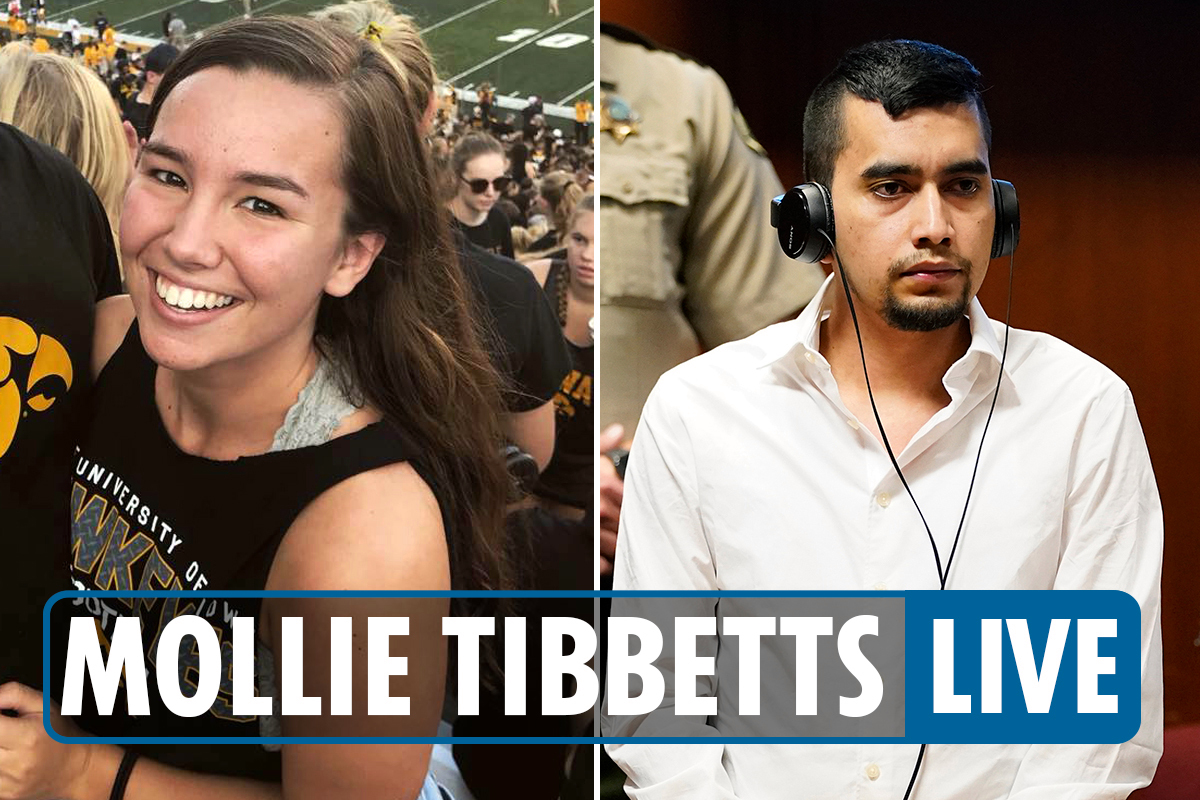 
CRISTHIAN Bahena Rivera was described as a “cold-blooded killer” after he was found guilty of the frenzied stabbing murder of Mollie Tibbetts in 2018.

Former homicide detective Ted Williams reportedly told Fox News that he was “overjoyed” with the verdict after a jury found Rivera guilty of killing the 20-year-old jogger on Friday.

On Thursday, prosecutors said Tibbetts had been “brutally attacked” by Rivera and noted that for “five weeks, her body lay in that cornfield” during closing arguments.

“And you know who knew about that? One man. One man knew. And he is here. His name is Cristhian Bahena Rivera,” said attorney Scott Brown.

An autopsy carried out on Mollie revealed she had been killed with a “sharp object” believed to be a knife up to 12 times – but Special Agent Trent Vileta said the weapon has not been discovered.

A decision was reached just after 1pm local time on Friday morning, after one day of deliberation. The jury was actively discussing the verdict for 7 hours, 16 minutes and 15 seconds.

Rivera stayed silent and showed little emotion as he was given the verdict, which carries a mandatory sentence of life in prison.

While questioned in a cornfield, Rivera allegedly told Iowa officer Pamela Romero that he followed Tibbetts in his car, got out and started running behind her.

The 26-year-old told cops that Mollie Tibbetts “tried to slap him and was screaming at him,” a cop has testified.

Rivera said that Tibbetts noticed him and tried to use her cell phone to call police.

“He said that Mollie tried to slap him and was screaming at him,” Romero testified. “Mr Rivera said this is when he became angry.”

Blood found in the suspect’s Chevy Malibu trunk “was a first match” for the slain student a forensics expert testified last week.

Tara Scott, a criminalist in the DNA section of Iowa’s crime lab, said she analyzed a swab taken from a blood stain found on the trunk seal after investigators recovered Tibbetts’ body.

“The profile I had from Mollie Tibbetts and the profile from that blood matched,” Scott testified. “They were exactly the same.”

Rivera, 26, has been charged with first-degree murder in Tibbetts’ stabbing death. He has pleaded not guilty.

Investigators recovered her partially naked, decomposing body from a cornfield a month later.

During the interrogation, Rivera led police to the cornfield where her body was found, telling them, “I brought you here, didn’t I? So that means that I did it.”

The defense, who presented the interrogation video as evidence, argued that Rivera appeared to be asleep during part of the questioning.