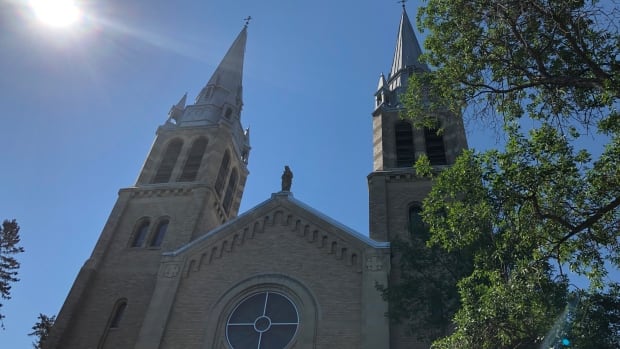 The Catholic bishop of Saskatchewan is restarting fundraising for boarding school survivors and their families.

The announcement was made before calling for a boycott of churches until the US$25 million fundraising goal set by the Catholic Church in the landmark 2005 India Boarding School Settlement Agreement was achieved. Previously, CBC News conducted an investigation this week into political and legal incidents that led to the raising of less than $4 million.

“We heard strong requests from indigenous and non-indigenous peoples from all quarters to launch a new fundraising campaign to support survivors and to participate more deeply in our own ongoing commitment and response to the truth and reconciliation process,” Joint letter from the five bishops of Saskatchewan.

The letter said that consultations within the diocese have already begun, and they “look forward to responding with more details in the near future.”

Officials from the Diocese of Regina, Saskatoon or the Catholic Bishops’ Conference of Canada could not be immediately reached for comment on Sunday. It is not clear when the campaign will start, what the target amount will be, or whether bishops from other provinces will follow up.

An official from the Federation of Sovereign Indigenous Peoples said they will issue a statement later on Sunday.

They also called on the Catholic Church to immediately publish all records related to the boarding school, and asked Pope Francis to come to Canada to issue an apology, as stated in the Truth and Reconciliation Commission’s call to action.

New efforts “must be highly transparent”

Mary Ellen Turpel-Lafond, director of the History and Dialogue Center of the Indian Boarding School at the University of British Columbia, reviewed the bishop’s statement.

“This is interesting news from the Bishop of Saskatchewan. I commend their announcement,” said Teppel-Lafont, a member of the Muskege Lake Cree family, located about 100 kilometers north of Saskatoon.

Mary Ellen Turpel-Lafond, a former Saskatchewan court judge and current director of the History and Dialogue Center at the Indian Boarding School at the University of British Columbia, said that the Catholic Church fulfilled its pledge to raise $25 million, which is a good reconciliation. attitude. Compensation for tens of thousands of boarding school survivors. 4:50

She said she was eager to see the details.

“In the past, even if the court ordered such announcements, they were not implemented. Canadians and Aboriginals were completely kept in the dark. To be credible, this new effort must be highly transparent and monitored by outsiders. The Church, “she says.

Turpel-Lafond and others stated that the remaining $21 million is the “starting point” for restoring the relationship between the church and the survivors. They said the Catholic Church’s specific actions were particularly urgent after more than 1,000 unmarked graves were found in the former boarding school site of Cowessess First Nation in Kamloops, British Columbia, southern Saskatchewan and elsewhere. .

They want to see fundraising activities for the church building be put on hold until payments are made for the survivors. They also agreed to transfer the tens of millions of funds raised for St. Rosa’s Cathedral in Regina, St. Michael’s Cathedral in Toronto and other current construction projects to the Survivor Fund.

The survivors and others said that if the Canadian Catholic Church did not pay, the Vatican should pay. They pointed to the Vatican Bank’s estimated assets of $6 billion and the church’s global land holdings.

According to the allegations against 10 officials announced by the Vatican prosecutors this weekend, they included more than $500 million in speculative real estate investments in an office building in London alone.