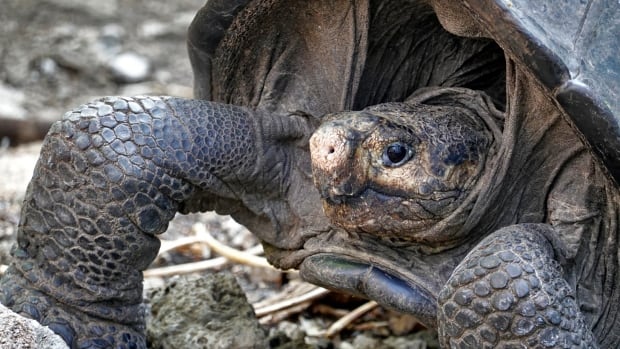 
Ecuador confirmed on Tuesday that a tortoise found in the Galapagos Islands in 2019 was an extinct species a century ago.

Galapagos National Park is preparing for an expedition to find more giant tortoises to protect the species.

Two years ago, in a joint expedition in the Galapagos National Park and the Galapagos Nature Reserve, the tortoise was found on the youngest and most pristine island of Fernandina in the archipelago.

Scientists at Yale University subsequently identified it as the “Chelonoidis phantasticus” species, which was thought to be extinct more than a century ago.

Galapagos Park said in a statement: “Yale University revealed the results of genetic research and individual DNA comparisons made with specimens extracted in 1906.”

In the Galapagos Islands, it is the basis of the theory of species evolution proposed by the British scientist Charles Darwin in the 19th century. Many tortoises live with flamingos, albatross, albatross and cor. They are a kind of aquatic species. birds.

It also has a large number of endangered animals and plants.

Environment Minister Gustavo Manrique said in a tweet: “People believe it has been extinct for more than 100 years! We have confirmed its existence.”

It is believed that it has been extinct for more than 100 years! We have confirmed its existence.in#GalapagosThe tortoise of the guillotine was found in. Starting with such good news, our management is a good coincidence. Hope it is complete.

According to data from Galapagos National Park, the current number of giant tortoises of various species is estimated to be 60,000.

One of them, known as “Lonely George”, is a tortoise on Fairta Island. It is the last known tortoise of the species. He died in 2012 without leaving any offspring.