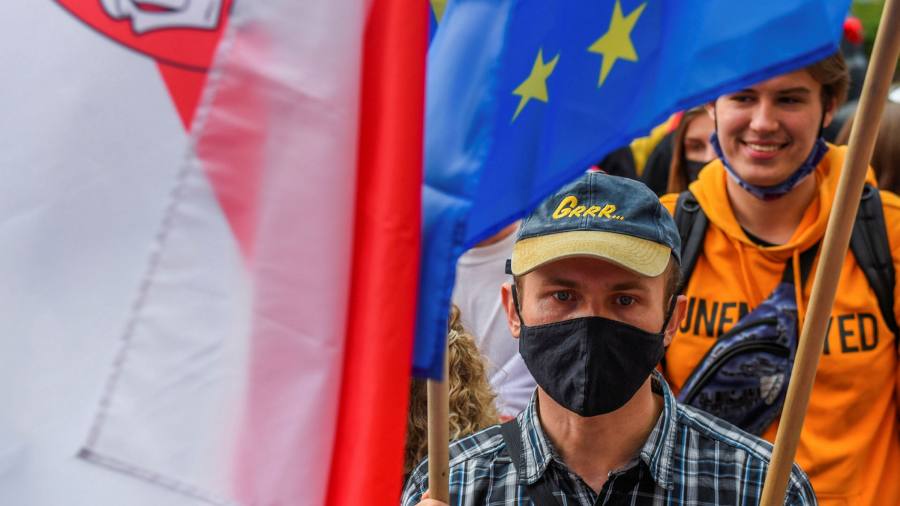 
The opposition has prepared a series of measures for lobbying European groups. Brussels should ban the EU from dealing with more than 20 state-owned Belarusian companies, block Minsk’s main exports, and ban new foreign investment in the country.

In response to the Belarusian Intercept According to a document seen by the “Financial Times”, during a Ryanair flight, EU sanctions should specifically target the country’s oil, petrochemical, potash, metal and wood industries, which account for about half of its merchandise exports.

The EU is under pressure to announce Sanctions Given that the leader Alexander Lukashenko’s regime caused a global uproar by intercepting the FR4978 flight carrying dissidents, the leader quickly called on them to deal with it “without delay” at the Brussels summit on Monday. Roman Protasevich With his girlfriend Sofia Sapega.

However, EU diplomats said that the EU’s analysis of potential measures has only just begun, and there will be disputes about how to strike a balance between harming the regime and minimizing harm to ordinary Belarusian citizens (such as unemployment).

The document also proposes to suspend new foreign investment in Belarus and new credit lines to the country’s banks. In 2019, the European Union invested approximately 400 million euros in Belarus.

European Union countries, the United Kingdom and Ukraine all agreed on Monday to ban Belarusian Airlines from entering their airspace. By Tuesday, EU airlines also stopped flying over the country.

The final decision on EU sanctions will be made by member states. Some countries (especially Germany) are reluctant to impose severe sanctions on the entire economic sector because they are worried about their effectiveness and durability against legal challenges.

In a series of diplomatic activities, France raised its hopes of inviting exiled Belarusian opposition leader Sviatlana Tsikhanouskaya to the G7 summit to be held next month.

After Lukashenko brutally suppressed protests that he claimed to have won a presidential election that the European Union or the United States did not recognize, Tsikhanouskaya fled to Lithuania last year.

Protasevich left Belarus in 2019 and played a key role in reporting and directing the protests when he was the editor of an independent media group Nextida. On Monday night, he played a video in a Minsk prison with obvious bruises on his face, admitting that he “organized a large-scale riot” and could be sentenced to a maximum of 15 years in prison.

The opposition also urged the European Union to respond to the wave of arrests by overturning Belarus’ ban from Interpol, as well as imposing an embargo on the export of goods that may be used for oppression (such as riot gear and surveillance software), conducting trials and torture.

If the opposition’s proposal is accepted, EU diplomats will no longer show credentials in Belarus, and the EU will refuse to authorize new Belarusian ambassadors to enter its member states. 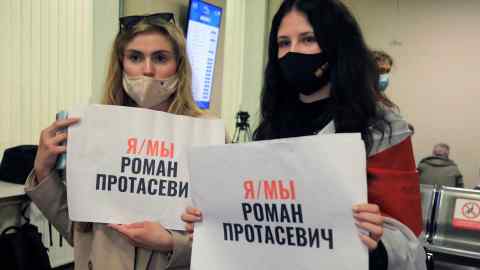 The state-owned industry in Belarus is an important source of hard currency for the Lukashenko regime. Belneftekhim’s export revenue from January to the end of November last year was US$4.2 billion, while Belaruskali, which accounts for about 20% of the global potash market, sold US$2.4 billion overseas last year.

After the United States resumed sanctions on nine companies in April, some of them have come under pressure, including Belneftekhim and Naftan, the country’s largest oil refinery.

Katia Glod from a non-EU country said: “It would be great if the EU started with these companies, because these companies do not have much trade with the US, so the US sanctions The impact is still very limited.” The resident researcher of the European Policy Analysis Center of the think tank.

“However, if the European Union joins, and European companies and banks that trade with these companies, it will deal a huge blow to Belarus.”

Victor Mallet’s other reports in Paris

Ryanair flight FR4978 left Athens for Vilnius, with 126 passengers on board, including 26-year-old Roman Protasevich and 23-year-old girlfriend Sofia Sapega

A few hours later, the flight flew to its original destination and only 121 passengers arrived in Vilnius, heightening doubts about the probability of the three Belarusian KGB agents.

Ursula von der Leyen, President of the European Commission, said Must be “consequence” “Cruel and Illegal Acts” in Belarus

The Belarusian Ministry of Foreign Affairs insisted that it abide by international rules, while Russia said the EU’s response was “shocking”

The pro-Lukashenko channel on the messaging app Telegram posted the first shot of Protasevich, which looked scarred and he said he was treated well