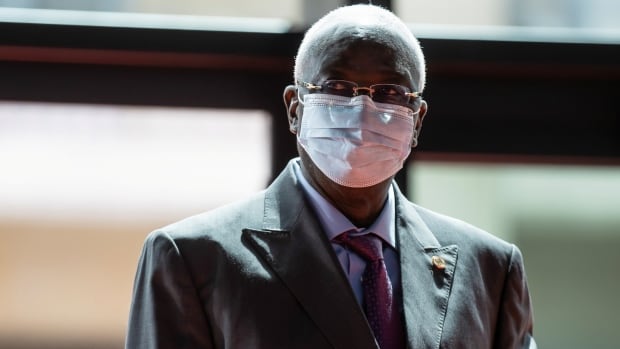 
The African Union stated later today that after the reorganization of the government, several months old soldiers arrested the Transitional President and Prime Minister of Mali. A few hours ago, nine months ago, in a coup, two military governments launched a coup in West African countries , Thus seizing power.

The African Union and the West African regional group known as ECOWAS have called for the immediate release of President Barnardwar and Prime Minister Moctar Ouane.

The statement said: “They strongly condemn this extremely serious behavior, which is absolutely intolerable by the relevant regulations of ECOWAS and the African Union. They require the military to return to the barracks.”

These developments have raised new alarms about whether Mali’s transitional government can proceed freely in accordance with the plan for organizing new democratic elections, which was promised in February next year.

The new Mali cabinet announced earlier Monday afternoon does not include Interior Minister Modibo Koni or Defense Minister Sadio Camara. There is no reason to exclude it, but this move shows that the transitional government will be responsible for organizing new elections.

At the same time, the U.S. Embassy in the capital of Bamako stated that it has received “reports of increased military activity in Bamako.” It urges Americans to restrict their movements there.

After the ruling military government agreed to transfer power to the Civil Administration Transitional Government under increasing international pressure, in September last year, N’Daw and Ouane were sworn in.

After rebel soldiers surrounded the residence of President Ibrahim Boubacar Keita and shot into the air, the military government seized power a month ago. He later resigned from the national television station under duress, stating that he did not want to shed blood in order to continue his post.

The political developments on Monday marked the latest sign of democratic tensions in Mali, which has been fighting an Islamic rebellion that gained control after another military coup in 2012.

There is widespread concern that the unrest in Mali will further thwart efforts to contain militants associated with Al-Qaida and the Islamic State Group.

After the 2012 coup, Islamic extremists took control of the main towns in northern Mali. Only in 2013 under the military intervention led by the former colonial country France, extremists were driven out of these towns.