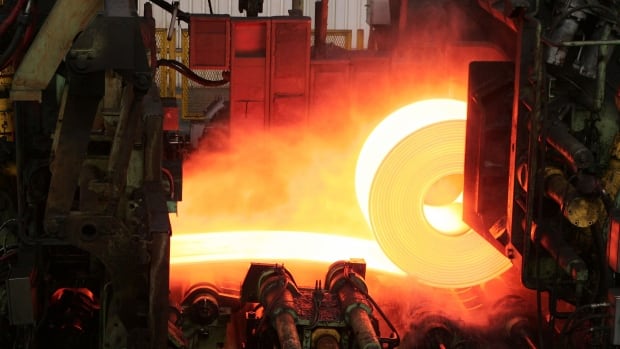 
With the century-old Canadian steel producer agreeing to be acquired by the New York acquisition company Legato Merger Corp., Algoma Steel will once again become a public company.

Officials from the two companies will get more information about the proposed transaction at a press conference on Tuesday morning, but the transaction will allow Algoma’s current owners to obtain new shares worth more than $1.1 billion in the combined company.

Legato itself was only publicly offered in its initial public offering earlier this year, raising $236 million for the acquisition.

The company is a so-called special purpose acquisition company, or SPAC, which is essentially a publicly traded fund pool created specifically to purchase other companies.

Legato’s stock is traded on the Nasdaq, but once the transaction is completed, Algoma will also apply for a listing on the Toronto Stock Exchange.

Legato seeks to acquire companies in the renewable energy, infrastructure and industrial sectors, and Algoma meets the requirements.

Although Legato is new, Algoma has existed in one form or another for more than a century. Since its establishment in 1902, the company was acquired by the Indian conglomerate Essar Group for more than $1.6 billion in 2007, and then entered bankruptcy proceedings in 2015 after the price of steel plummeted.

Algoma emerged from these programs as an independent entity and has since focused on sustainability. Among other measures, the company also proposes to convert one of the coal-fired blast furnaces to an electric arc furnace system, which will reduce carbon emissions by more than three million tons per year.

The company’s current annual steel production capacity is approximately 2.8 million tons, making it the second largest steel company in Canada. It also has approximately 2,700 employees. Due to the all-stock transaction, the number of employees is not expected to change, and Algoma’s current management team will remain in the new company.

Steel prices have soared to their highest level in decades this year. Similar to other commodities, as the world economy slows in response to COVID-19, production and prices will slow down throughout 2020. But now, steel manufacturers cannot meet the demand.

Moody’s stated in a February press release that the rating agency Moody’s (Moody’s) upgraded the company’s credit rating because “due to the increase in steel prices and the improvement in the company’s positive free cash flow, operating performance and credit indicators it has been improved.”

“Do not [steel] Bloomberg Metals and Mining Analyst Andrew Cosgrove (Andrew Cosgrove) said in a steel market report last week that due to demand and shipments being affected by the chain reaction of the pandemic, the market will not be affected in 2020. Shock. We believe that by 2021, shipments will climb nearly 30%, of which the construction industry will drive two-thirds of the growth. “