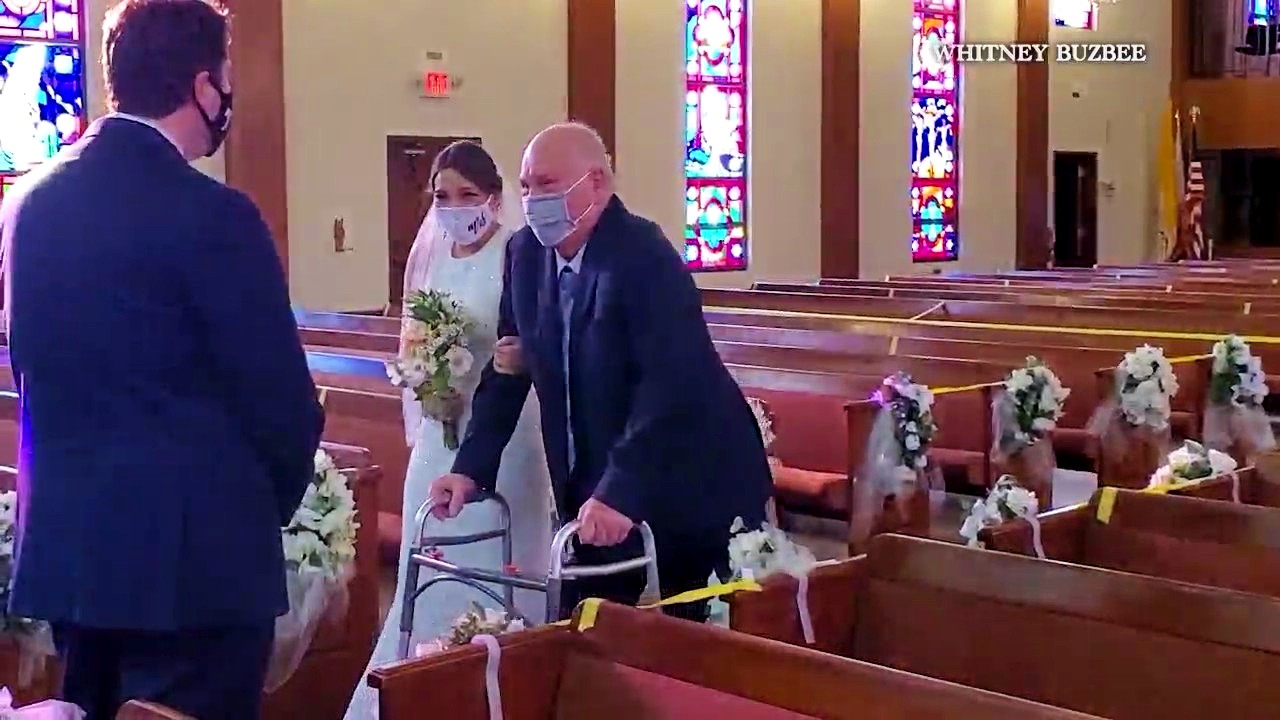 A nursing student from the University of San Diego is about to graduate from her master’s degree this weekend. After watching her father’s difficult recovery from the coronavirus, she is more proud of her career. Last summer, she happened to get her out of the aisle.

Whitney Buzbee signed a contract with COVID-19 in March 2020. This is one of her jobs at a local hospital. After her parents were quarantined, both of her parents tested positive for the virus.

Current news: The truck driver takes out the fire hydrant, cuts off the power supply and the trolley service

Her father, Tim Buzbee, ended up in the hospital for 73 days. His case was serious, and the doctor said he might never walk or even talk. But Tim slowly improved and was able to communicate with his daughter again.

She told FOX 5: “When he started speaking, the first thing he said-I don’t even speak-I said ing mouth,’Are you married?'”

In the end, he had to see it in person: a month before Whitney’s wedding in August, he had been released from the hospital. The next challenge: Whitney said her father was determined to walk her down the aisle instead of escorting her from a wheelchair.

“He was told,’You may never walk, you may never eat again, you never talk.’ Whitney said, he just…like, “look at me.”

Work non-stop with a physical therapist to spend an important day.

When the ceremony arrived, Tim surprised everyone and stood up and walked with Whitney through the church.

Whitney smiled and said, “Everyone is crying because of my father, not because I am married. I am happy about that.”

Now Whitney will graduate from the Hahn School of Nursing and Health Sciences in USD on Saturday and receive a master’s degree in nursing for home nursing practitioners.

You can bet that Dad will be there to cheer for her too.