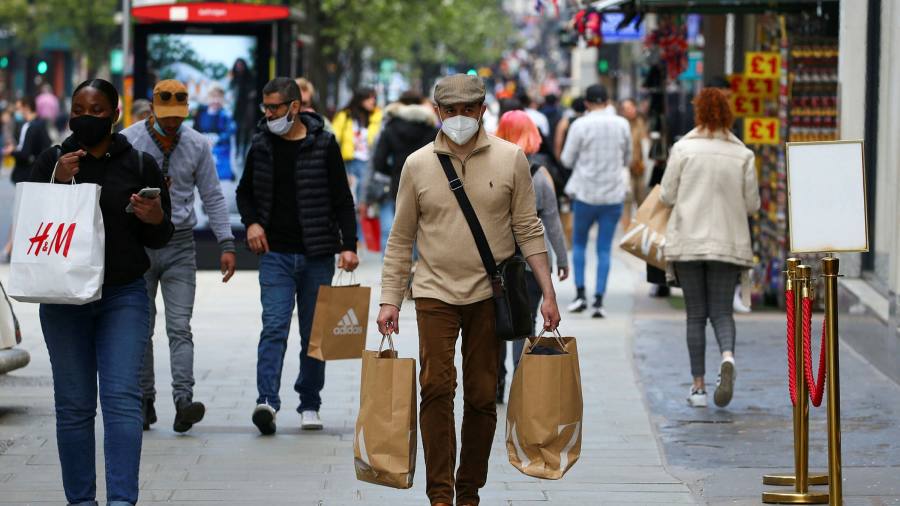 
British consumers flocked to newly opened stores to buy clothes and other goods in April, which made retail sales for the month greatly exceeded economists’ expectations.

Data released by the National Bureau of Statistics on Friday showed that UK retail sales in April increased by 9.2% compared to the previous month.

This is more than twice the 4.5% growth predicted by economists surveyed by Reuters, and it has experienced two months of growth even when non-essential stores were closed between early January and April 12.

Jonathan Athow, ONS’s director of economic statistics, said, “With the relaxation of restrictions and the opening of more stores, retail sales are now more than 10% higher than pre-pandemic levels.”

As consumers can patronize physical stores, clothing sales have soared by nearly three-quarters. Sales of other non-food stores increased by 25% from the previous month.

As the store reopened, all departments of the retail sector reported that the proportion of sales from online shoppers had fallen. Online sales accounted for 30% of total sales in April, down from 35% last month.

Research firm GfK issued further signs on the stock market on Friday that British consumer confidence jumped in May and regained the ground lost during the pandemic.

Samuel Tombs, chief economist at Pantheon Macroeconomics in the UK, said that the data is consistent with his “previous consensus expectation that GDP in the second quarter will increase sharply compared to the previous quarter. %”.