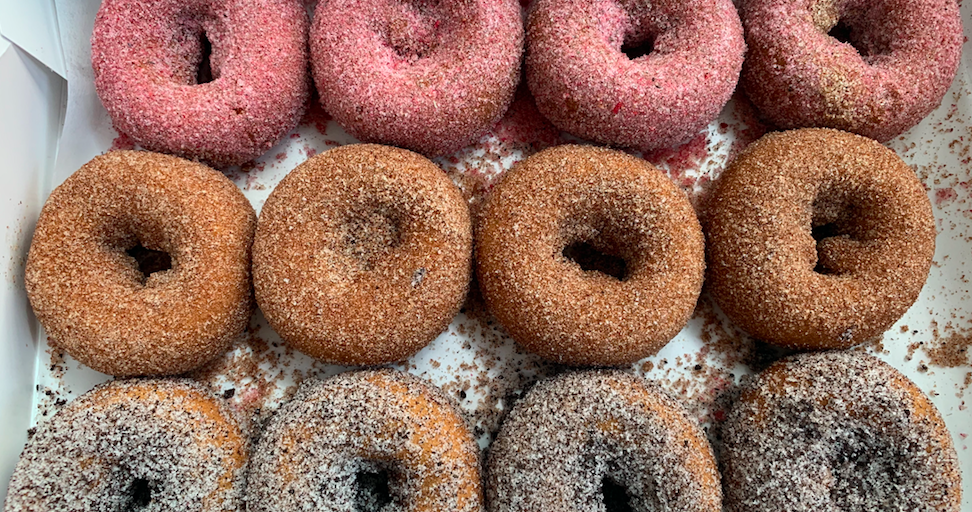 
Starting next week, the Federal Donuts will have a permanent location on the main line.

This popular fast food restaurant will open its first suburban store at Whole Foods Market at 15 East Wynnewood Rd. The company said on Wynnewood’s social media next Monday. The stall will provide donuts and coffee, but not fried chicken.

The store also offers the company’s new La Colombe coffee bar menu, which includes espresso and doughnut latte. According to the company, the company will also sell Vietnamese iced coffee from Cáphê Roasters in Kensington. Inquirer.

The booth is open on the main floor near the entrance of Whole Foods Supermarket from 8 am to 3 pm daily.

Although this will be the first permanent office location for Federal Donuts outside the city, this is not the first time the company’s products have been sold in suburban Philadelphia. The inquirer said that since last June, Federal Donuts have sold their donuts and Philadelphia fried chicken sandwiches at the Artisan Exchange Farmers Market in West Chester and the restrooms of the Conshohocken Brewing Company.

Federal Donuts have Nine locations All over Philadelphia, including six independent stores. The company has stores in the Whole Foods Market, Citizens Bank Park and Wells Fargo Center at 2101 Pennsylvania Avenue in the central city.

the company Relocated the franchise of the central city 1632 Sansom St., which originally opened in 2012, is located in February to make way for the upcoming demolition and development of the parking lot property connected to the donut shop. Developer Southern Land Co. is building a 27-story residential tower. at the scene.

Federal Donut Temporary downtown location Just below the block of Sansom St. 1526, the space was formerly the site of CookNSolo’s Jewish lunch-style restaurant The Rooster, which closed in 2019. The new location is just below the popular falafel restaurant Goldie. It is expected that there will be a new permanent office location in Rittenhouse.

The company opened a ninth store on the corner of Canopy by Hilton, on the first floor of 12th and Ludlow Street Last october. This is the first federal doughnut shop to offer espresso beverages.

Later this summer, the 10th location in Philadelphia is Come to the first floor of The Terrace on the 18th In 1776 Ben Franklin Park Road. The Federal Donut will occupy 1,500 square feet and will be adjacent to the new Victory Brewing Company bathroom.

With an elevated terrace overlooking Parkway, this new store will provide more seats than any other place, as it will provide approximately 55 seats both inside and outside. In-person dining, takeout, delivery and catering can all be provided to customers from this location.

Federal Donuts is part of the CookNSolo restaurant group, which also owns institutions such as Zahav, Abe Fisher, Dizengoff and K’far. The group is owned and operated by James Beard award-winning restaurant owners Michael Solomonov and Steve Cook.