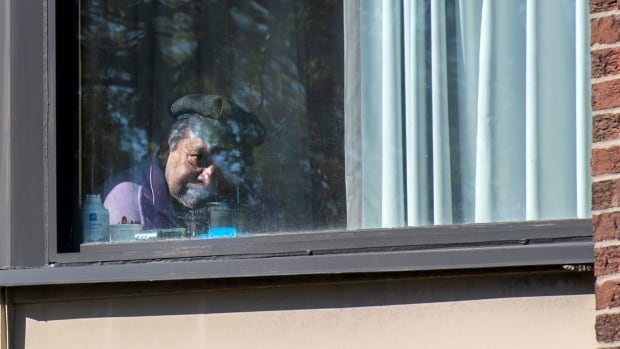 
Ontario is investigating two long-term care homes in Toronto. According to the Canadian military, the hospital died of negligence in the outbreak last year, not COVID-19.

Long-term care minister Merrilee Fullerton said that multiple inspectors are working with the coroner’s office at the Downsview Long-Term Care Center and Hawthorne Regional Care Center to interview staff and medical directors to verify that the residents died from dehydration. And reports of malnutrition.

The ministry said that the inspectors visited the houses on Monday.

Fullerton said on Friday that the Coroner’s Office will determine whether there is sufficient evidence to call the police.

Toronto police said they have not received any information about the death of Hawthorne Square or Downsview from the Coroner’s Office.

Ontario police told CBC News last week that they are not aware of any COVID-19-related nursing home death investigations, but are reviewing the Long-Term Care Commission report issued in April.

The Canadian Armed Forces submitted a report on the two homes to the independent long-term care COVID-19 committee, whose task is to study the impact of the pandemic on residents of nursing homes in Ontario.

“There is no doubt that there are deaths. We are looking for the cause.”

According to the province, so far, 3778 residents have died of COVID-19 in long-term care. However, it did not track how many residents died due to other reasons during the pandemic.

Vivian Stamatopoulos, a proponent of long-term care of residents’ families, said the military report released this month spurred calls for criminal charges against houses for failing to provide necessities.

Stamatopoulos, a professor at the University of Ontario Institute of Technology, said: “I think we have never encountered such obvious signs that widespread negligence has led to death, but no action has been taken yet.”

“I think we have enough evidence to prosecute. Why not hand over the existing very disgusting information to the local police department?”

As the system was overwhelmed by the COVID-19 case last spring, the military provided medical and humanitarian assistance in Downsview, Hawthorne and five other houses.

The military reported to the committee in June 2020 that 65 residents of the Downsview home had died of COVID-19 and 26 residents had died of dehydration because there were not enough people to take care of them before the troops arrived.

The report said: “When all they needed was water and a rag, they died.”

The military said that for-profit houses lacked management and there did not appear to be “any obvious plan” when the troops were withdrawn.

GEM Health Care Group, the company that owns Downsview, denied the allegations in a statement to CBC News.

“Based on the experience of our employees at Downsview, our own facility records, and our cooperation with the Chief Coroner’s Office, it is wrong and misleading for anyone to claim that 26 deaths at the Downsview Long-Term Care Center were due to dehydration. “

Balcom said he is confident that the province will reach the same conclusion in their investigation.

The military reported that in Hawthorne Square, which is also a for-profit house, when the militiamen arrived, “feces and vomit were on the floor and walls,” and residents were killed due to dehydration and malnutrition. 51 residents died of COVID-19.

The military reported that two residents had dried their feces with their nails for a “long time”. The civilian staff said, “There is no management.”

Hawthorne Plaza told CBC News that the Canadian Armed Forces had never raised these issues with them in an “extensive meeting” last year.

Spokesperson Nicola Major said in a statement: “There will never be problems related to mold, fungus, dehydration, malnutrition, or problems related to the future management or success of the house. “All the concerns raised were resolved immediately.”

She said the management is at home and working with medical institutions to find people to fill the 100 Hawthorne employees who were unable to work due to COVID-19.

Major said: “Throughout the outbreak, the management supervised and worked with our care support team to provide guidance and outline agreements, and make changes when infection control instructions were received.”

Before the pandemic, Shukla and his family had been worried about Malik’s care. Shukla said that a few years ago, a family member noticed that Malik was dirty and his fingernails were broken by dry feces. In another visit, they spent an hour begging the staff to resolve the harsh noise from the equipment on the Mallick wheelchair.

Shukla told CBC News: “No one seems to be interested in solving this problem.” “All I get is the transfer of blame, complete disconnection and lack of care.”

Shukla said that when Hawthorne Place went into lockdown last spring, the whole family tried to conduct a Skype test with Malik (Skype), who tested negative for COVID-19 but found that he was unresponsive. Later, they were told that Malik had regained consciousness.

Malik died two days later. Shukla said his death was listed as a natural cause.

Shukla said: “We got a very vague description of his death. It was very confusing and sudden, and we wanted to know what happened.” “They couldn’t give us a clear answer.”

The family requested an autopsy, but according to Shukla, this never happened. Now, the military report makes the whole family wonder whether Malik’s death was caused by negligence.

Shukla said: “He may have died because he didn’t drink water.” “We need an explanation, we need justice.”

Hawthorne Plaza spokesperson Major said that every death certificate in Ontario that lists the cause of death was signed by the attending doctor, and no one in the family mentioned neglect, dehydration or malnutrition.

In order to protect the privacy of residents, she said that she cannot comment on specific cases, but the coroner’s decision is made by the coroner based on their knowledge and professional knowledge of the case. The coroner will discuss any concerns about the cause of death with the family.

Major said: “Our residents and their families are at the forefront of everything we do, and the deaths of all residents have received the deepest respect.”

Suspected of military abuse a year ago

A year ago, the military charged Elder abuse In five homes, including Hawthorne Place, there was widespread outrage. At the time, the military said that the residents of Hawthorne Square were forcibly given food and water, causing “audible noises” and had not taken a bath for several weeks.

The major said that the Long-Term Care Department inspected these allegations but failed to confirm many of them.