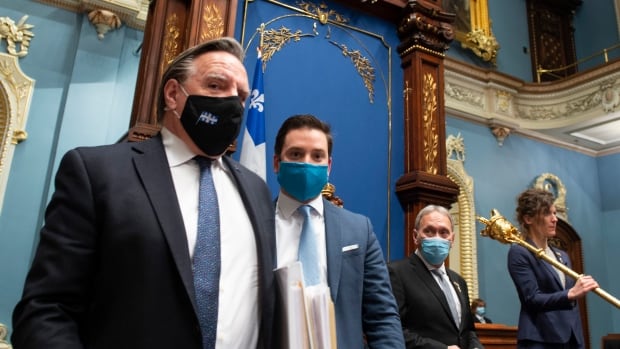 Quebec will propose its long-awaited revised language law.This is the expectation


The Quebec government will propose a plan to strengthen the province’s landmark language law, Act No. 101.

Prime Minister François Legault said that the Quebec Union flyover government will invoke the clause, which is a tool that overrides certain chapters of the Canadian Charter of Rights and Freedoms to change the rules around the sign.

Legot said in April: “If we really believe in French, then we really should take action.”

The “despite clauses” in Article 33 of the Constitution allow provinces to give priority to the exercise of certain basic rights guaranteed in the document. Since its introduction in 1982, it has hardly been used, and it is usually only called in response to a court decision.

The revised law is expected to include (among other things) an upper limit on the number of French and heterophonic students allowed to participate in English CÉGEP, stricter business signage rules, and a review of bilingual municipalities and borough lists.

Prior to the introduction of this new regulation, Quebec’s French-language inspectorate, the Quebec French Office (OQLF), conducted a number of studies and found that the province’s French level was declining.

The second study was also completed in 2018 and looked at the language spoken in the workplace.

The survey found that a quarter of the employees surveyed in Montreal said that they use French and English equally at work, and only 18.7% of employees said they only speak French at work.

Gabriel Nadeau-Dubois, leader of the House of Representatives of the Quebec Solidarity Organization, said that the focus of the reform is to protect and promote the French language, not to choose the English-speaking community.

Nardo Dubois said: “The debate surrounding French is not necessarily a divided debate.”

“This may be a unified debate in Quebec society. I know that many young English speakers of our generation fully agree with the spirit of Act 101.”

The PartiQuébécois government of René Léveque passed the original law in 1977 to strengthen and protect the French language in Quebec.

Act 101 or the French Charter makes French the only official language of the Quebec government, courts and workplaces.

It includes regulations restricting the use of English on outdoor commercial signs and forcing all children to study in French, except for adults who study in English in Canada.

She said: “Bill 101 is regarded as a watershed in Quebec’s history.” “It marks the consciousness and views of English-speaking Quebecers.”