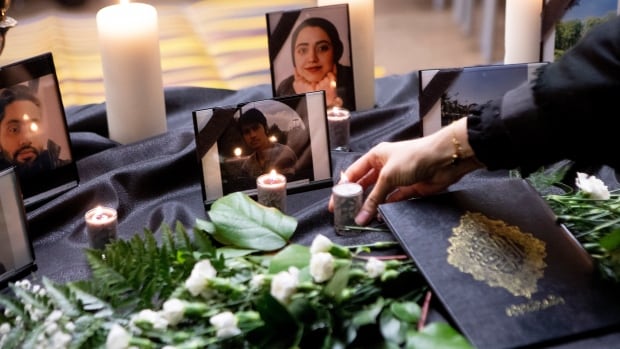 
Immigration Minister Marco Mendicino announced today that the federal government has launched a new program that will allow families of victims who were killed in the last two air crashes and have connections with Canada to obtain access here. Permanent residency.

The new policy applies to relatives of victims who were Canadian citizens or permanent residents who died on Ethiopian Airlines Flight 302 and Ukraine International Airlines Flight 752.

This policy also applies to victims of foreigners who have been deemed eligible in their Canadian permanent residence application.

It will allow those family members already in Canada to apply for permanent residency before May 11, 2022.

The government said it is also expanding an existing policy to allow certain family members of the victims of Flight 752 to obtain temporary residency rights in Canada.

Ethiopian Airlines Flight 302 crashed six minutes after taking off from Addis Ababa International Airport in March 2019. All 157 passengers were killed, including 18 Canadians and many people with ties to Canada.

Ukraine International Airlines Flight 752 was shot down by the Iranian military in January 2020 shortly after leaving Tehran airport during the heightened military tensions in the region, killing all 176 passengers, including 55 Canadian citizens and 30 permanent residents .

Mendicino said in a press release: “The center of these disasters is grieving families, and they need broad support from the Canadian government.”

“This new path of permanent residence is one of the ways we help the families of victims in Canada to cope, and we hope they can live in Canada.”

Mendicino is about to hold a press conference, which is expected to start around 9 am, and he will announce more details.