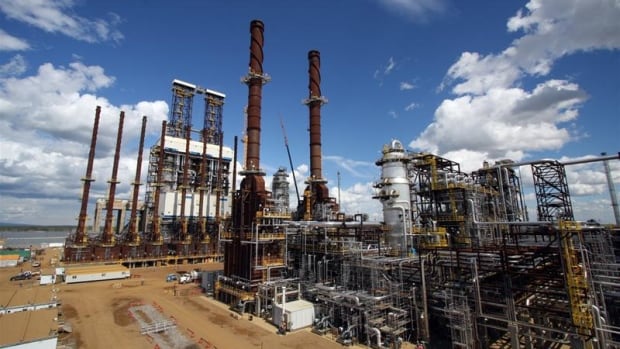 ‘We are all afraid’: Oil sands workers in Alberta’s largest COVID-19 outbreak worry about their safety


Workers at CNRL’s Horizon oil sands mine in northeastern Alberta (the largest COVID-19 workplace outbreak in the province) said that working and living conditions put them at a dangerously high risk.

The mine is operated by Natural Resources Canada Limited and is located 70 kilometers north of Fort McMurray.

Since the outbreak was announced in October, 1,361 people have been infected. Alberta Health Services said that as of Wednesday, 447 cases were active. Two people died.

Alberta health spokesperson Tom McMillan said on Wednesday that the outbreak is the largest in Alberta in terms of live cases and total cases.

Contractors who spoke to CBC News without using their names said they did not conduct adequate physical separation, disinfection and testing. They claimed that sick workers were left alone in the camp, without proper hygiene, food and medical services, and unpaid.

A Horizon contractor said: “We feel unsafe here, but we continue to work because everyone wants to work.”

“We can’t sit at home with enough money [employment insurance]. “

CNRL also broke out on its Jackfish and Albian sites. The company said in a statement on Wednesday that it is working with AHS to curb the spread of the coronavirus on its sites.

Horizon employees said he had to share an unsterilized restroom with more than 50 other people in the camp.

He said that the workers shuttled on the narrow bus and ate together in the crowded dining room.

The worker said that he was not infected, but he believed he had been exposed to the virus many times.

He said: “In the restroom, we don’t even have hand sanitizer.” “I share the restroom and shower room with a person who has COVID every week… I was in the lunch room with 36 people, and 34 of them tested positive for COVID. “

CNRL said in a statement to CBC News that its “strict” outbreak agreement met or exceeded the agreement established by AHS.

The company said its response includes the use of rapid test kits and cooperation with AHS to organize targeted vaccination clinics for workers.

CNRL said it is using daily health checks, checking before the boarding company’s transportation, and carrying out physical evacuation measures at the camp. According to the report, medical staff are on-site completing health assessments and rapid tests on symptomatic workers and their close contacts.

The company said: “During the recent Horizon maintenance period, we also conducted a quick test on asymptomatic people to help us quickly identify, contact and track and limit spread.”

During the pandemic, hundreds of oil sands workers were quarantined in work camps. In the third wave, the entire floor of the workers’ housing was used as a quarantine area.

The Horizon contractor said that as the number of cases began to surge last month, the isolation camp on the scene has become overcrowded, and the infected workers had to be transported to nearby hotels.

He said: “This is crazy.” “You might travel with anyone who has COVID because they only test once a week…that’s not enough.”

As of Wednesday, outbreaks have been announced at 19 oil sands sites and work camps in the Wood Buffalo area.

The municipalities in the region are struggling to resolve Alberta’s highest COVID rate problem and declared a local emergency in April. It still works.

Xinshaw said on Tuesday that various variants drove the third wave in Alberta, and the oil sands were no exception.

AHS said that it conducted the last inspection of CNRL Horizon on March 16 and found some areas of concern, including the need to increase the labeling of hand hygiene and the need for more hand sanitizers.

It also said that further measures are needed to encourage physical evacuation and disinfection of heavy equipment and working trailers.

“Hold your head down, the cover is up”

Another CNRL worker who spoke to CBC News said that during the turnaround season, when hundreds of maintenance contractors flew in from all over the country, Horizon’s cases began to surge.

The woman who works in Albian said that she uses unsterilized mining equipment. She said that she shared the bathroom with two roommates, and although they continued to cough, they were still working.

The lady said that many workers are mocking these rules and have not implemented restrictions on cover-up and physical distancing. She said the lack of contractors’ compensation during the isolation period made them ignore their symptoms.

The woman said: “I even heard them even say,’I feel bad, but I have to go because I can’t miss the salary that day.'”

She said the contractor faces face-to-face with management for fear of losing his job.

“We all feel like, head down, staring blindly. Don’t even look around, just try to get through it without getting sick.

“We are all scared. This is a terrible way of working.”