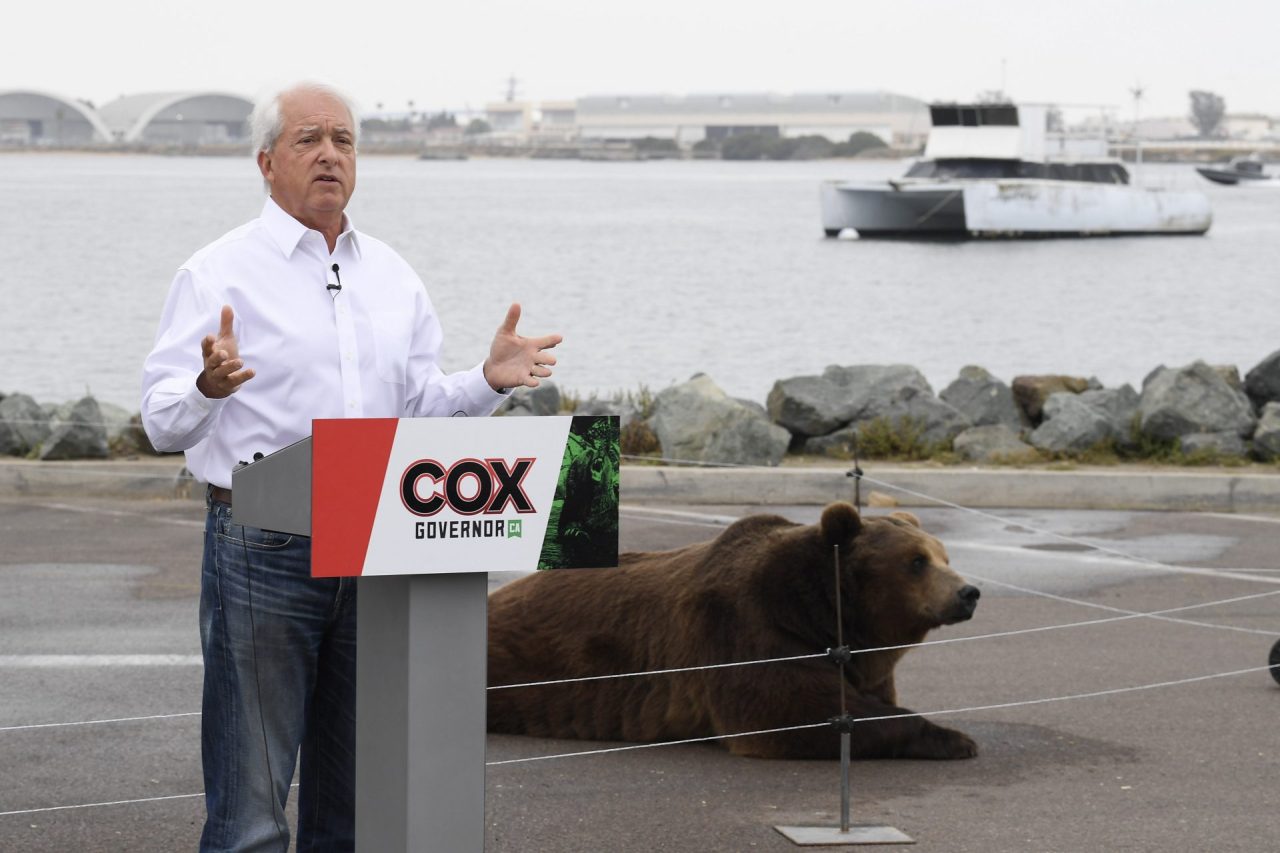 
San Diego (CNS)-The San Diego Humanitarian Association said on Wednesday that it is investigating the use of bears by California governor candidate John Cox during the San Diego campaign.

Ranch Santa Fe Merchant I took the Kodiak bear tag and stopped the campaign on Shelter Island around TuesdayThis is the second time the animal has been used in a Cox campaign.

Cox, who is running for Governor Covin. Gavin Newsom (Covin. Gavin Newsom), used this animal to illustrate his campaign theme “Beauty and the Beast” in the election to be held later this year. Newxum (Cox) is an elite who Cox (Cox) put forward is out of touch with the needs of Californians. He is the “beauty” in this equation.

The San Diego Humanitarian Association said in a statement that its law enforcement agency is investigating whether Cox’s campaign violated San Diego city regulations, which prohibit the use of wild animals and plants for such purposes.

The organization said that municipal regulations “strictly prohibit such incidents. Humanitarian police officers submit their findings to the San Diego City Attorney for prosecution. Violating this municipal law is a misdemeanor.”

Cox’s campaign issued a statement in response to the concerns of animal rights organizations, saying: “After obtaining approval from multiple government agencies, we will make every effort to ensure the comfort and safety of Tag. Sex. California needs a radical change, which may loosen the feathers of left-wing activists a bit.”

The campaign continued on Wednesday and stopped in Palm Desert, but this time Tag was absent.