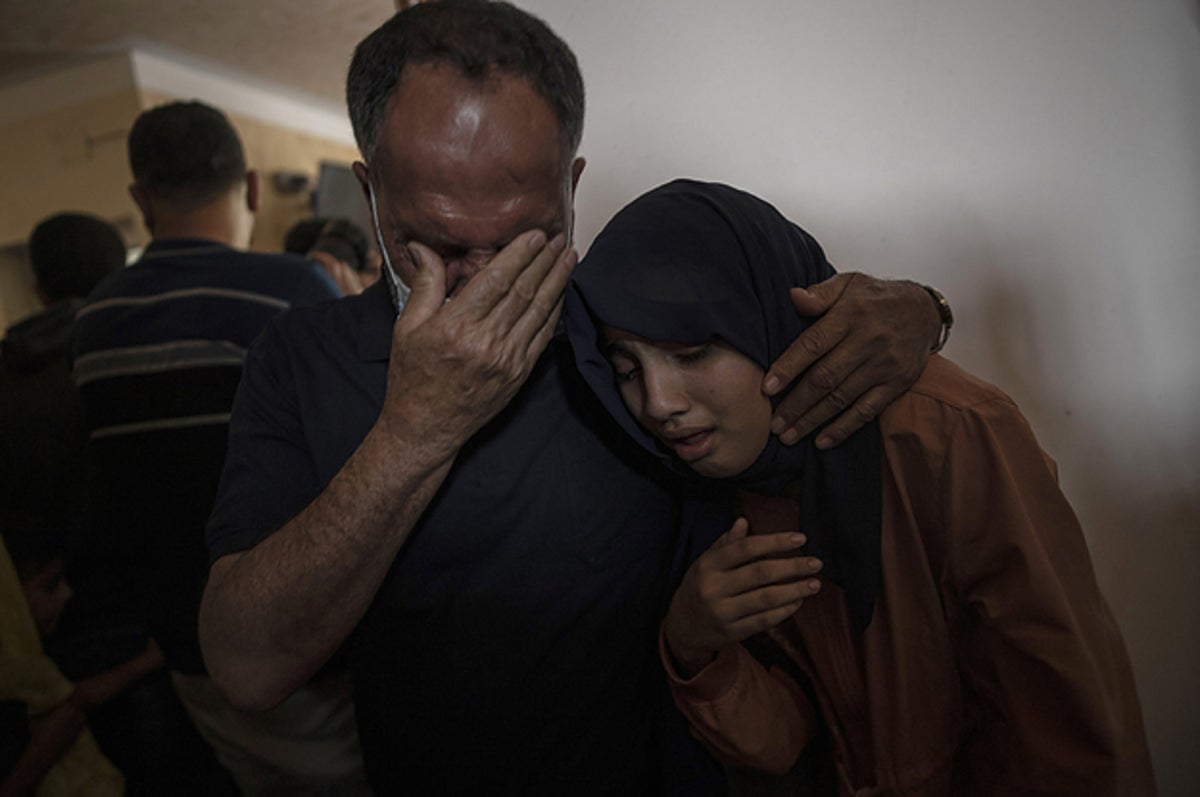 Deadly Israeli-Palestinian violence in the photo


at least 30 people were killed The fighting between Israel and Hamas escalated further on Tuesday, with the Israeli military launching air strikes on Gaza as militant groups fired rockets on Israel.

According to reports, more than 20 Palestinians, including women and children, were killed in air strikes, which also resulted in the A 13-story building collapsed in Gaza. Rockets fired indiscriminately from Gaza, claiming At least three people live in Israel, The projectile reached Tel Aviv.

This latest act of violence began last week after the Israeli police violently suppressed demonstrators. Deport the homeland of the Palestinians Make way for Israeli settlers in the Sheikh Jarrah neighbourhood of East Jerusalem.

Israeli security officials also stormed into a mosque During Ramadan, hundreds of people were injured. Hamas militants responded by firing on Israel.

On Tuesday, United Nations Secretary-General António Guterres (António Guterres) Previously condemned The deportation order in East Jerusalem stated that he was “seriously concerned” about the “surge escalation” of violence.

The Secretary-General’s spokesperson said: “Israeli security forces must exercise maximum restraint and adjust their use of force.” Say, And then add: “It is unacceptable to fire rockets and mortars indiscriminately at the Israeli population center.”