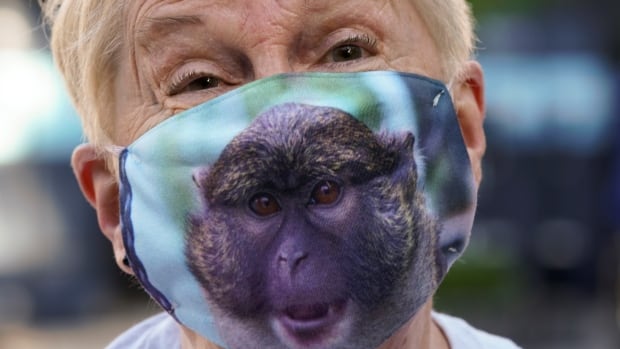 The latest on the coronavirus outbreak for May 21


*Note to our readers: The CBC Coronavirus Brief will next be published on Tuesday, May 25.

B.C. poised to lose out if U.S. cruise ship exemption is signed into law by Biden

Legislation that passed the U.S. House on Thursday and was originally crafted in the Senate is awaiting President Joe Biden’s signature. The bill grants a temporary waiver allowing cruise ships to bypass foreign ports such as in British Columbia.

U.S. officials thought the legislation necessary as Canada has extended a ban on cruise ships until at least February 2022.

Alaska Sen. Dan Sullivan, one of the bill’s sponsors, said the U.S. “put forward a number of very reasonable suggestions” with Canadian counterparts, but could not come to a compromise solution.

“This is not the co-operative spirit that has defined the Alaska-Canadian relationship for decades. Quite frankly, we’ve been disappointed by it,” said Sullivan, who represents a state that gets an estimated 60 per cent of its tourist flow from cruise ships.

“With the number of provinces battling a third wave of COVID-19 and the current public health situation, Canada is not at a point to safely resume cruise operations in our waters,” the statement said.

The CDC has said cruise ships can resume open-water sailing if 98 per cent of crew members and 95 per cent of passengers are fully vaccinated. Alghabra’s statement said those terms are supported here, although those with a vested interest in the cruise ship business in the U.S. have pointed out it’s a more onerous requirement than for other industries.

Cruise ships served as a vector of exponential growth of coronavirus cases in the winter and spring of 2020.

While it’s being communicated as a temporary measure, officials like B.C. Premier John Horgan and Ian Robertson, CEO of the Greater Victoria Harbour Authority, have concerns it could become permanent.

Robertson said Victoria has the most to lose from the change, alongside fellow transit port communities like Nanaimo and Prince Rupert, which benefit from the flood of tourists who spend in their communities during the stops.

The At Issue panel discusses how the provinces are communicating their latest reopening strategies managing expectations after the third wave of COVID-19. Plus, the panellists unpack the prime minister’s response to Quebec’s Bill 96. 15:54

Manitoba, in the grip of the third wave of the pandemic and seeing record numbers of new cases and people in intensive care, is asking the federal government for dozens of health-care workers to help fight rising COVID-19 numbers.

The province needs up to 50 critical care nurses and 20 respiratory therapists, as well as up to 50 contact tracers from Statistics Canada, Premier Brian Pallister said after talking with Prime Minister Justin Trudeau on Friday.

“This is going to be, we hope, a temporary thing and a short-term thing, but the sooner we get a little bit of backup help here the better,” Pallister said.

Earlier this week, three intensive care patients were sent to Thunder Bay in Ontario to free up bed space.

Manitoba public health officials announced 594 new COVID-19 cases on Friday, not far off from the single-day record of 603 from the previous day.

There are another 10 patients in Manitoba ICU units on Friday, pushing the total to 129, said Lanette Siragusa, Shared Health chief nursing officer. There were five more admissions than discharges, pushing the total hospitalized number to 296 individuals.

“We are at a critical time right now. Stay away from people from outside your household. If you have symptoms, get tested and stay home. Even if you’re well, stay home,” Dr. Jazz Atwal, acting deputy chief provincial public health officer, said on Friday.

The total number of COVID-related deaths in Manitoba is now 1,022 after three more were reported on Friday.

Read more about the pandemic in Manitoba

There will be a range of reactions to post-pandemic life, psychologists say

When some semblance of normal life returns, most people will bounce back pretty quickly, but a significant minority might feel the psychological impact of the pandemic long after restrictions are lifted.

That’s the expectation of Steven Taylor, the author of The Psychology of Pandemics: Preparing for the Next Global Outbreak of Infectious Disease, who spoke to CBC Radio.

“There have been about 20 pandemics in the past 200 years and we’ve survived them all,” Taylor, a professor and clinical psychologist in the psychiatry department at UBC, told Dr. Brian Goldman, host of The Dose and White Coat, Black Art. “So most people will bounce back.”

For some, however, there may be a reluctance to leave their homes — something that’s been dubbed “cave syndrome.” It’s not actually a syndrome but rather a symptom of anxiety, depression or another mental illness, Taylor said.

“We’re a victim of our own success here. We were encouraged through 2020 to make our lockdown environment as comfortable and pleasant as possible,” he said. “But in the aftermath, it’s made it harder for people to leave their homes.”

For the most seriously affected, clinical treatment may be the only option, he said. That could include individuals suffering from depression, anxiety, post-traumatic stress syndrome (PTSD) and substance abuse issues.

Taylor is among a number of researchers examining whether there can be post-traumatic growth stemming from the pandemic, a list that also includes Renée El-Gabalawy, an associate professor and clinical psychologist at the University of Manitoba. El-Gabalawy surveyed approximately 1,000 Canadians last spring and early summer, and then 400 of the same people again six months later.

Although her research is ongoing and not yet peer-reviewed, a large majority of the participants identified at least one silver lining, including finding the pandemic a period of enhanced creativity, or a time in which there’s been a renewed focus on the people and things that matter most in their lives.

But she stresses that post-traumatic growth generally occurs in those who experience a moderate level of stress. If you experience extreme stress or trauma, it’s difficult to experience growth in the short term, she said.

Listen to the entire segment

Research suggests that a second shot of the AstraZeneca-Oxford vaccine is most effective at 12 weeks, but Ontario currently has about 55,000 doses that are set to expire on May 31, just short of that interval.

So on Friday, Ontario officials put forth a revised plan.

Ontarians who got a first dose of the AstraZeneca vaccine between March 10 and March 19 may opt to receive a second one at a 10-week interval during the week of May 24, said Dr. David Williams, Ontario’s chief medical officer of health, and Dr. Dirk Huyer, co-ordinator of the provincial outbreak response.

Ontario is among a number of Canadian jurisdictions that have been reassessing what to do with their supply of AstraZeneca, due to rare but serious cases of a blood-clotting syndrome known as Vaccine-Induced Immune Thrombotic Thrombocytopenia (VITT), as well as the fact the supply of other vaccines from Pfizer-BioNTech and Moderna has been plentiful over the past two months. The risk of this blood clot from a first dose of the AstraZeneca vaccine is estimated to be roughly one in 55,000 and about one in 600,000 for the second dose, Williams said Friday.

As for those who got a first dose after March 19, the province is still finalizing plans for their second shot, Williams said. A strategy will be ready before the 12-week interval when the majority of people who got an AstraZeneca shot become due for another dose.

“When the time comes to receive a second dose, everyone who received a first dose of AstraZeneca will receive either an AstraZeneca or mRNA vaccine for their second dose,” Williams said.

Williams and Huyer said they were considering options for what to do with an expected supply of more than 250,000 AstraZeneca doses still to arrive in the province. They said they were closely watching results from the United Kingdom, where researchers are studying the implications of mixing the AstraZeneca vaccine with mRNA vaccines made by Pfizer and Moderna.

We briefly mentioned our roundup of the state of vaccines in Canada in the CBC Morning Brief, which you can subscribe to here. But while most Canadians have likely heard of the existing Pfizer-BioNTech, Moderna and AstraZeneca-Oxford vaccines, here are more details on the ones the federal government have also tapped for potential use, but which haven’t made it into the arms of Canadians yet.

Canada received some 300,000 doses of the J&J vaccine in late April, but these products have not yet been shipped to the provinces because Health Canada has ordered the shots be quarantined. The regulator is verifying the safety of these doses because they were made at a Maryland plant that has attracted attention for ruining a significant batch of doses.

The CEO of Emergent said this week that another 100 million doses of J&J’s vaccine from that plant are on hold in the U.S. as the Food and Drug Administration checks to see if they are usable. It’s not clear where these doses would be dispatched if so.

Novavax, another American company, has produced a vaccine that has shown a lot of promise in trial results. The shot, which is given in two doses, was shown to be 89.3 per cent effective at preventing COVID-19 in participants in its Phase 3 clinical trial.

Novavax has been submitting data to Health Canada on a rolling basis since January, but little is known about when the vaccine will be available. The company has repeatedly pushed back production forecasts and has struggled to access needed raw materials; it has said does not expect to seek regulatory authorization for the shot in the United States, Britain and Europe until the third quarter of 2021.

Canada signed a deal in October to buy 20 million doses of Medicago’s vaccine, with an option for 56 million more.

On Tuesday, Medicago, which is developing the product in combination with GlaxoSmithKline (GSK), reported positive early clinical trial data on its plant-derived COVID-19 vaccine. A Phase 3 trial for Medicago with 30,000 volunteers is already underway in multiple countries.

A spokesperson for Medicago told CBC News they expect to analyze and publish the data in early summer, then make a submission for regulatory approval from Health Canada. “Pending approval, we would then begin production,” Alissa Von Bargen said in a statement.

Pharmaceutical companies Sanofi and GSK co-developed a COVID-19 vaccine product but announced a “delay” last year after it failed to produce sufficient results in clinical trials. The two companies have since restarted the trial process, but the third and final phase isn’t expected to begin for a number of weeks.

Read more about the vaccines

Find out more about COVID-19

For full coverage of how your province or territory is responding to COVID-19, visit your local CBC News site.

To get this newsletter daily as an email, subscribe here.

See the answers to COVID-19 questions asked by CBC viewers and readers.

Still looking for more information on the pandemic? Reach out to us at [email protected] if you have any questions.