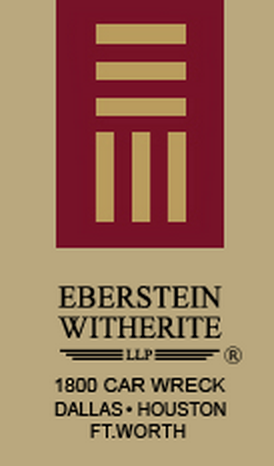 Truck accident attorney Amy Witherite discusses reports that say fatal truck accidents are on the rise due to factors like truck driver fatigue.

Statistics show that there has been an increase in the number of fatal crashes involving tractor-trailer trucks in recent years. Related fatalities reportedly rose for four consecutive years according to some estimates.

Source: The New York Times Report “The Trucks Are Killing Us”

According to Texas based truck accident lawyer Amy Witherite of the Eberstein Witherite LLP firm, many factors have been listed by transportation safety advocates that account for the increase. One of the most disconcerting issues, the attorney notes, is the increase in fatigued truck drivers and more unregistered commercial trucks on the road.

“Much has been written about issues impacting the trucking industry lately including the unwarranted effects of a rise in the number of registered big trucks that has been accompanied by an increase in truck accidents. According to the National Highway Traffic Safety Administration, the number has increased from approximately 8.2 million to over 10 million over the course of the last decade.”

Data from the Federal Motor Carrier Administration shows that more than 20,000 reported truck accident injuries annually are linked directly to fatigued drivers of large trucks. An Associated Press report also indicates there has been a rise in the number of large trucks on the road, and limited areas designated as rest stops to accommodate tired truck drivers. Some have suggested this is one issue that accounts for the large number that appear to be driving while fatigued. Truck driver Angela Sanders of Toledo said of the issue in the AP report “Sometimes people have driven miles illegally just trying to find a place to park and that’s not good.” Federal regulations stipulate that truck drivers cannot drive in excess of 14 hours without having had 10 hours of required downtime prior.

Witherite suggests that when it comes to the impact problems like insufficient rest stops for truckers have on safety, there should be no excuse. The attorney has stated in a past report that “there seems to be a barrage of excuses laid out by those in the industry lately for why truck drivers and trucking companies are not doing what they are supposed to.”

Witherite says “since more awareness has been raised about these issues, it is hopeful that regulators and members of Congress will do their part in making sure there are the legal provisions in place to force the issue of safety, and hold truck drivers and companies accountable for any oversight or negligence on their part.”