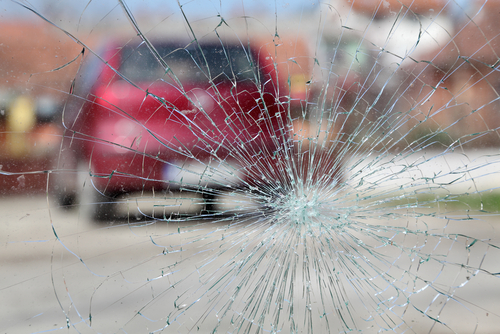 Fort Worth – An injured woman who filed a personal injury claim after being involved in two separate car accidents four months apart has been awarded more than $3 million in damages by a Tarrant County jury. The trial, which spanned two weeks, involved contested liability in one of the most complex cases to be tried in the county to date.

No two car accident injury cases are the same, and some prove far more challenging than others.  The injured woman in this case was represented by Fort Worth personal injury attorneys Amy Witherite and Kris Heald of the Eberstein Witherite law firm. One of the collisions was a rear-end wreck, which was the basis of the case tried by the firm. The plaintiff suffered a range of health complications as a result of both accidents, which compounded pre-existing neck and back issues. According to Witherite, “The wreck greatly traumatized her and pretty much ruined her life.  She’s been in terrible pain ever since, has slipped into depression, and changed from a vibrant, powerful woman into a meek, sad lady.  She had to quit her job teaching that she loved.  She virtually cannot do anything around the house anymore.  She and her husband lost their house due to her loss of income.”

It was the compassion for the plaintiff that Witherite says prompted her to press forward with the case in spite of the challenges presented. The defendant who caused the rear-end accident was on a business trip during the time, and the claim was for a commercial policy. The defense team sought to blame the major treatment needed by the plaintiff on the second accident and prior injuries she suffered years ago. There were also issues concerning accusations that the woman was on her cell phone at the time of the accident, and had less personal damages from the first accident in comparison to the second.

The woman was given a surgery recommendation, but not until after the second incident. She reportedly suffered from pain after having back surgery, and subsequently received a spine stimulator, but continues to require pain medicine to manage her condition her attorney says.

Witherite, whose bonding and presentation of facts in the trial have been applauded by others in her firm says “this case should serve as an example for seriously injured car wreck victims who fear that their case is impossible to win if all of the facts don’t appear to be in their favor.”

The total sum awarded by the jury for the woman and a relative who was also a named plaintiff in the lawsuit was $3,666,956.

The law firm of Eberstein Witherite provides round the clock phone support for those who are involved in car accidents in Fort Worth and other areas throughout the state of Texas. In the recent case, the firm answered the 2am call from the plaintiffs after they left the emergency room. They had attempted to call another firm where no one answered and heard about the Eberstein Witherite law firm on a radio ad on the way home from the hospital. They called the 1800 CAR WRECK helpline and was immediately connected to someone from the firm. The clients say Witherite has done something for them that no one else could have.

For more information about the Fort Worth personal injury lawyers of the Eberstein Witherite law firm, or getting help for a case individuals can visit http://fortworth.1800-car-wreck.com/.