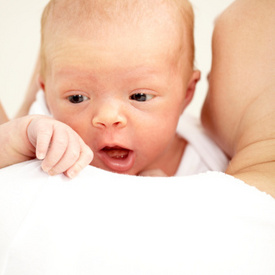 Los Angeles, CA — A lawsuit filed by a former teacher at the Carmel Unified School District (CUSD) is bringing attention to working mothers’ rights, after she was allegedly denied accommodations to pump milk for her newborn while at work, reports Eric Grover, a Los Angeles employment attorney.

The lawsuit, which was filed on Oct. 30th, alleges that school administrators at Carmelo Child Development Center failed to accommodate her, and she ultimately lost her job over her need to feed her child, the Monterey County Weekly initially reported.

Sarah Boyle was hired in August 2010 as a two-year probationary teacher for 2-year-olds and she subsequently took maternity leave for two months in July 2011. Once she returned to work, Boyle asserts that her manager balked when she requested one 15-minute break a day to pump milk. Instead, Boyle’s manager allegedly told her to “train her breasts not to make milk during work hours.”

Boyle then discussed the situation with her lactation consultant and her son’s pediatrician, and spoke with the then-director of human resources. Arrangements were then made for Boyle to pump two to three days out of her five-day workweek.

According to California law, employers are required to provide the necessary breaks and “adequate facilities” for breast pumping.

Boyle stated that she tried three different rooms but was always interrupted by other employees and could never find the privacy she needed. Because of this, Boyle stopped breast-feeding at six months, instead of at the year mark as the American Academy of Pediatrics recommends.

Although Boyle received strong marks in a prior employment evaluation, administrators asserted that her performance was falling behind six months later and decided against renewing her contract.

“I do not believe the district received any complaints regarding breast feeding accommodations until after Ms. Boyle was advised that she would not be rehired,” CUSD’s attorney wrote by e-mail to the Monterey County Weekly. “The decision [to terminate]…had nothing to do with the fact that Ms. Boyle, like many other employees who are still at the district, would occasionally breast feed or breast pump while at work.”

“This case is expected to bring working mothers’ rights to the forefront and establish more protections and accommodations for mothers who choose to breast-feed their children,” says Eric Grover, a Los Angeles employment lawyer. “The verdict in this case may well set an example and perhaps change how breast feeding is handled on the job.”