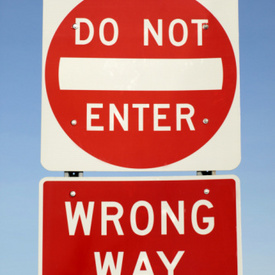 According to reports, a 1996 Nissan Maxima was traveling northbound in the southbound lanes where it crashed into a 2002 Dodge Caravan. A 2002 Mazda then rear-ended the Caravan.

The 22-year-old driver of the Mazda and her 31-year-old male passenger were taken to the nearby Bellevue Hospital Center for treatment of injuries. They are reportedly in stable condition.

It is unknown what cause the Nissan to drive the wrong-way on the FDR.