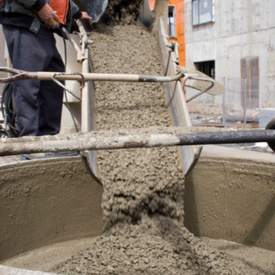 Hollywood, FL — A construction worker was seriously injured, after becoming trapped in wet concrete on Monday, January 23, 2012, at a Hollywood construction site. The construction accident occurred at 1:10 p.m. at the Florida East Coast Railway tracks at McKinley Street and Dixie Highway, reported the Orlando Sentinel.

Officials reported that site contractors were preparing to tunnel under the tracks to install a 66-inch sewer pipeline when the accident occurred. The victim, a 31-year-old Bradshaw Construction Corporation employee, was laying on a large board inside the hole as they were pouring wet concrete. The board then suddenly began to rise, trapping the man.

Hollywood Fire Rescue and Police arrived at the scene and pulled the man from the hole. He was rushed as a trauma alert to Memorial Regional Hospital, where he is in critical condition.

City officials and the U.S. Occupational Safety and Health Administration (OSHA) are looking into the construction accident.