Lewiston, ME — Five people were injured at the Great Falls Balloon Festival on Saturday, August 20, 2011, when a balloon caught fire at liftoff. The ballooning accident occurred around 7 p.m., which injured four passengers and the pilot, reported the Bangor Daily News.

According to officials, the hot air balloon ignited near the balloon’s burner as one of the balloon’s crew member was working to unhook the propane line.

Eight people in all were inside the basket, including a boy, when the fire ignited.

The balloon pilot, Andre Boucher, was treated for second-degree burns to his face, head, neck and arms.

Investigators with the Federal Aviation Administration (FAA) are investigating the ballooning accident. 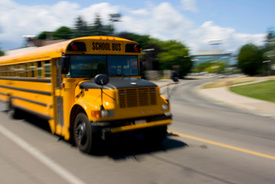