Reelsboro, NC—Sixteen students and a truck driver were rushed to the hospital after a school bus was rear-ended by the truck on Wednesday, February 23, 2011. The automobile accident occurred on Highway 55 near Reelsboro in Pamlico County, as reported by WITN.

The Highway Patrol reported that the school bus was stopped to pick up a child, when a 2-ton box truck rounded a curve and couldn’t stop in time and rear-ended the bus. The school bus had it’s red flashing lights activated at the time. The bus driver even saw the truck coming at the bus, and knew there was an oncoming collision and didn’t open the door for the waiting student.

Responding emergency crews rushed nine injured students to CarolinaEast Medical Center, three were transported by their parents and four others were being brought in from the school. The students’ mostly sustained neck and back injuries in the collision.

There were 27 students on the bus at the time, with ages ranging from 11- to 17-years-old.

The driver of the truck was also transported to CarolinaEast Medical for treatment as well.

Police officials charged the truck driver with unsafe movement and for not having an operators license. 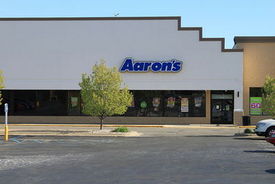