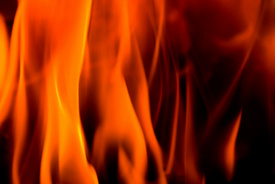 San Bruno, CA (San Bruno Injury Lawyer News)—Just a few days after a violent natural gas explosion destroyed a San Bruno neighborhood, Pacific Gas and Electric Co. (PG&E) was directed to inspect thousands of miles of pipelines to make sure they are free of potentially hazardous leaks. While four people were killed in the September 9, 2010 San Bruno fires, the San Mateo County coroner’s office is still working to identify skeletal remains found at the scene. At least 52 victims, including four who were being treated for critical burns at San Francisco-based St. Francis Medical Center Sunday, suffered injuries in the natural gas explosion. Additionally, four people remain unaccounted for, according to information provided by the San Francisco Chronicle.

Pacific Gas and Electric Co. on Monday announced it would put as much as $100 million towards rebuilding areas of the Crestmoor neighborhood destroyed in the flames. PG&E president Chris Johns maintained that money in that relief fund would be spent on reconstructing the San Bruno neighborhood, not paying off potential legal claims. Nonetheless, the utility company reportedly already cut the city a $3 million check to cover expenses associated with responding to the disaster. PG&E is also expected to pay victims whose homes were destroyed up to $50,000 to help pay for their everyday necessities. “I realize money can’t return lives. It can’t heal scars, it can’t replace memories… But there does come a time for healing and for rebuilding, and we are committed to helping that happen,” Johns added.

A full probe would be required to determine what might have caused the 30-inch high-pressure gas pipeline to burst at Earl Avenue and Glenview Drive around 6:15 p.m. that Thursday evening. Thirty-seven homes were apparently leveled in the blast. A 30-foot-wide crater could also be seen in the aftermath of the explosion. Authorities evacuated over 100 people in the area immediately after the blast. Now the California Public Utilities Commission has ordered PG&E to check all high-pressure gas lines located in densely populated areas. The National Transportation Safety Board (NTSB) is leading the investigation into the fatal San Bruno natural gas explosion.

Leading Bay Area injury attorney Mary Alexander, a resident of the San Bruno area, states if you or a loved one have been injured or killed in the San Bruno explosion, you may be entitled to compensation for your injuries and damages. With more than 25 years of experience litigating the multifaceted personal injury and wrongful death claims of negligence victims and their families, contacting San Bruno injury lawyer Mary Alexander may help you obtain the compensation you deserve.