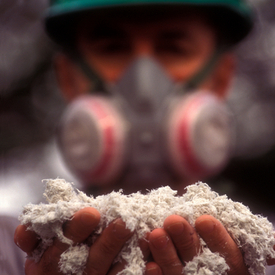 Asbestos-containing insulation—and the potential health risk it brings—is behind a whistle-blower lawsuit brought by a former employee of the Genesee County Community Action Resource Department (GCCARD) in Michigan.

Ray Barker contends a project that helped thousands of needy people insulate their homes put them at danger of asbestos exposure, which has been medically linked to deadly diseases including lung cancer and mesothelioma, a nearly always fatal cancer of the protective lining covering many of the body’s internal organs.

Over the years, similar exposure has led not only to preventable deaths but to thousands of asbestos lawsuits, with mesothelioma lawyers often obtaining large jury awards and settlements.

Barker, who had been employed by GCCARD as a weatherization worker, claims that he was improperly fired for pointing out the dangers of the asbestos, which was in the attic insulation of homes GCCARD worked on. That warning, he says, was something he was compelled to make.

“I think it is our obligation to say something for the safety of others,” says Barker. As part of his job, he installed new cellulose insulation to replace existing asbestos insulation. In his lawsuit, he claims that workers were sent into attics containing the old asbestos insulation without any training or warning.

The chief reason he was concerned, says Barker, was the fact that the work disturbed the asbestos in the insulation, releasing it into the air.

As all mesothelioma lawyers, researchers, and victims know, asbestos is most dangerous when airborne, when the asbestos fibers can be inhaled easily into the lungs. While the consequences of breathing in asbestos fibers may take years to materialize—mesothelioma, for example, can take decades to develop—they are usually grim. Even most advanced treatments today can extend the life of a mesothelioma victim by no more than several months.

The dangers of airborne asbestos fibers are so great that the U.S. Environmental Protection Agency warns on its website that attic insulation containing asbestos should not be disturbed.

GCCARD Executive Director Steven Walker says the organization reacted to complaints by Barker and others by researching the issue and buying more safety equipment. GCCARD, he adds, has also implemented a policy of sealing off the attic when work is done in homes containing asbestos insulation.

Barker says that’s not so.

“We are disturbing it,” he says. “Walking through or dragging a hose through the attic disturbs it.” Barker says he hopes his lawsuit will force employers to do a better job of warning homeowners and providing workers with proper training on asbestos handling. He says he also wants to see his former managers held accountable for firing him after he spoke out.

This news story was brought to you by the mesothelioma lawyers at Cooney & Conway. For more than half a century, we have been advocates and champions for those injured because of the negligence or wrongful actions of others. We have litigated, settled, and resolved some of the nation’s most significant asbestos lawsuits, bringing answers—and compensation—to victims of asbestos-related diseases like lung cancer and mesothelioma.