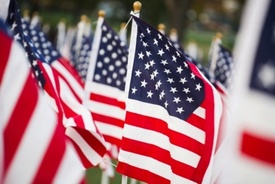 West Chester, OH—Officials from the West Chester Police Department reported six people were injured in a traffic accident during a Memorial Day parade. The wreck involved two cars and four pedestrians, according to information provided by WCPO.com.

On impact, Cole’s Chevy Impala veered east on Cresthaven where it hit four pedestrians. His vehicle only came to a rest after flipping onto its side and colliding with a tree.

Emergency medical services (EMS) crews responded to the scene to transport those injured to area hospitals for treatment. The accident scene was located in the 8700 block of Cincinnati-Dayton Road.

All but William Pucillo and Dorothy Roth were transported to medical centers after the 10 a.m. incident. The accident victims were taken to hospitals including West Chester Medical Center, Bethesda North Hospital and Atrium Hospital.

According to witness Mark Sennett, who has filed the Memorial Parade in West Chester for the last 32 years, “He crossed Cincinnati Dayton Road, went down this ravine and the car flipped over on its side. It’s just kind of a big shock, you don’t expect things like this to happen.”

Though witnesses contended it appeared as if Cole might have suffered a medical episode before the crash, a full probe will be required to determine the true case of the injurious Memorial Day crash.

No charges have been filed as of yet.