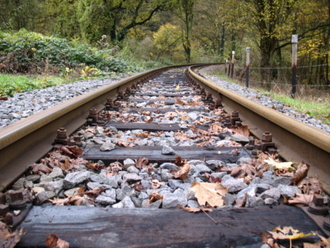 Ames, IA–Ames Police are trying to determine how an Iowa State University (ISU) student died after they found her body lying near a set of railroad tracks on Sunday morning, April 25, 2010. Police officials believe the student was hit by a passing train at the corner of 13th and Ontario streets in a grassy, wooded area near the Veenker Memorial Golf Course, as reported by KCCI.com.

The female student was reportedly out with a group of friends when, sometime during the night, she became separated from the group. Her friends and police officers began a search party and discovered her body at around 5:30 a.m. Officials are reviewing the Union Pacific Railroad schedules to determine when the trains moved through that area. The engineers of the several trains that passed through that night could have not realized that the train had struck someone.

Police officials are withholding the identity of the student or why she may have been on the tracks at this time. The cause of death is pending on the toxicology reports, but foul play has not been ruled out. A full investigation is currently under way by Ames police investigators.