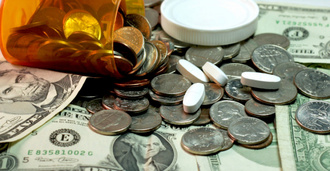 Madison, WI—Four pharmaceutical companies have reached a settlement with the state of Wisconsin after a lawsuit was filed in 2004, alleging the drug manufacturers swindled the Wisconsin Medicaid program to gain unwarranted reimbursements. Wisconsin Attorney General J.B. Van Hollen announced the $7.75 million settlement on Tuesday, April 20, 2010, according to information provided by Madison.com.

According to the lawsuit, which named 36 pharmaceutical companies as defendants, the noted drug companies allegedly manipulated the wholesale prices of medications to gain surplus Medicaid reimbursements. Germany-based Boehringer Ingelheim GmbH, as well as affiliates Boehringer Ingelheim Roxane Inc., Ben Venue Laboratories Inc., and Roxane Laboratories Inc., were the four defendants that reached a $7.75 million settlement with the state of Wisconsin.

Reports stated the German drug companies would pay the Wisconsin Medicaid program $7 million in restitution fees, while the companies would pay another $750,000 in punitive damages for their partaking in fraudulent operations. Wisconsin Attorney General J.B. Van Hollen stated, “This settlement again demonstrates to anyone who attempts to defraud medical assistance programs that my office will pursue them to the fullest extent of the law, and hold them accountable,” with regard to the settlement.

While some Medicaid-related fraud cases are still pending, several others have also been settled.