Legal news for automobile accident attorneys. A charter bus rear-ended a snowplow it was following in poor roadway conditions.

Colorado City, AZ—A charter bus transporting the Dixie State College baseball team slammed into a snowplow that it was following on its way back from a weekend series in Phoenix against Grand Canyon University. The collision occurred early Sunday morning, February 21, 2010 around 5:15 a.m., about five miles south of Colorado City, as reported by the GJSentinel.com

The charter bus was reportedly following a snowplow due to the poor road conditions, when the plow suddenly stopped as it got closer to another vehicle that had apparently spun off the road. The bus driver desperately tried to avoid the oncoming collision, but his attempts were not successful as the right side of the bus hit the back of the snowplow. The players and coaches managed to escape the bus through the emergency window exits. Five players were injured in the crash and were rushed by ambulance to Dixie Regional Medical Center in St. George for treatment of what has been described as “minor” injuries, including lacerations and signs of concussions. Two others were also treated for rib injuries. The driver of the bus was transported to a hospital for observation. The injured players have since been released. The uninjured players and coaches waited at the Colorado City Fire Station until another bus came to transport them the rest of the way home. Police officials are reportedly investigating the wreck. So far it has not been reported if anyone was cited for the collision. 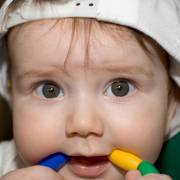