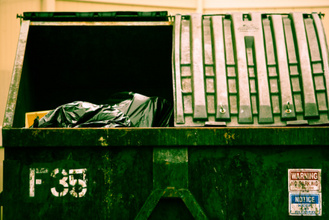 Legal news for Wisconsin personal injury attorney. A fire and explosion outside a manufacturing plant killed a firefighter.

Wisconsin personal injury attorney alert- An explosion inside a dumpster at a manufacturing plant killed a firefighter.

Appleton, WI—A fire inside of a dumpster outside a manufacturing plant suddenly exploded as firefighters were attempting to extinguish the blaze. The explosion killed one firefighter and injured nine others on Tuesday night, December 29, 2009 around 7:20 p.m., at the Bremer Manufacturing plant, as reported by WKOWTV.

A Calumet County Sheriff Officer discovered the burning dumpster, who then reported it to the St. Anna Fire Department, which dispatched firefighters to the scene. As the firefighters were attempting to extinguish the blaze, the dumpster suddenly and unexpectedly exploded. The blast killed one brave firefighter, a 33-year-old man, who was pronounced dead at the scene. Nine other firefighters were also injured in the blast, who were then rushed to area hospitals for treatment. One of the nine firefighters was reported seriously injured and was flown by ThedaStar helicopter to Theda Clark Medical Center, where he is listed in critical condition. The other eight firefighters were treated by medical professionals and released. It is currently unknown what caused the dumpster to explode. The State Fire Marshall and the federal Bureau of Alcohol, Tobacco, Firearms, and Explosives were called to the scene to investigate the fatal explosion. Officials believe chemicals may have been involved. An investigation is ongoing.